We have three new products launching on July 15 th so this month’s giveaway is a bit different. The giveaway will end on July 12th and there will be 10 total winners. The giveaway this month will feature the new YakAttack DoubleHeader. Here are some details about the new products. Giveaway entry box is located at the bottom of the page.

In typical YakAttack fashion, what started as an idea for a single offset RotoGrip Paddle Holder resulted in a product with a bit more versatility. The end result of the  DoubleHeader Track Mount was a unique addition to the YakAttack product line that allows the ability to attach various accessories using a single attachment point. If you already own two RotoGrip Paddle Holders, then simply remove the rubber washer included with your paddle holders, insert the MightyBolt through the underside of the DoubleHeader, and tighten the body of the RotoGrip. The DoubleHeader in that configuration provides the perfect offset paddle holder solution moving your paddle off the side of your kayak, freeing up track space. Let’s say you want to add dual Omega Rod Holders for crappie fishing. The mounting holes at the end of the DoubleHeader are LockNLoad compatible and allow for easy attachment of LockNLoad accessories like the Omega or Omega Pro. Looking to maximize the number of rods on your kayak for tournament day? The DoubleHeader Track Mount serves as the perfect mounting system for dual AR Tube Rod Holders. 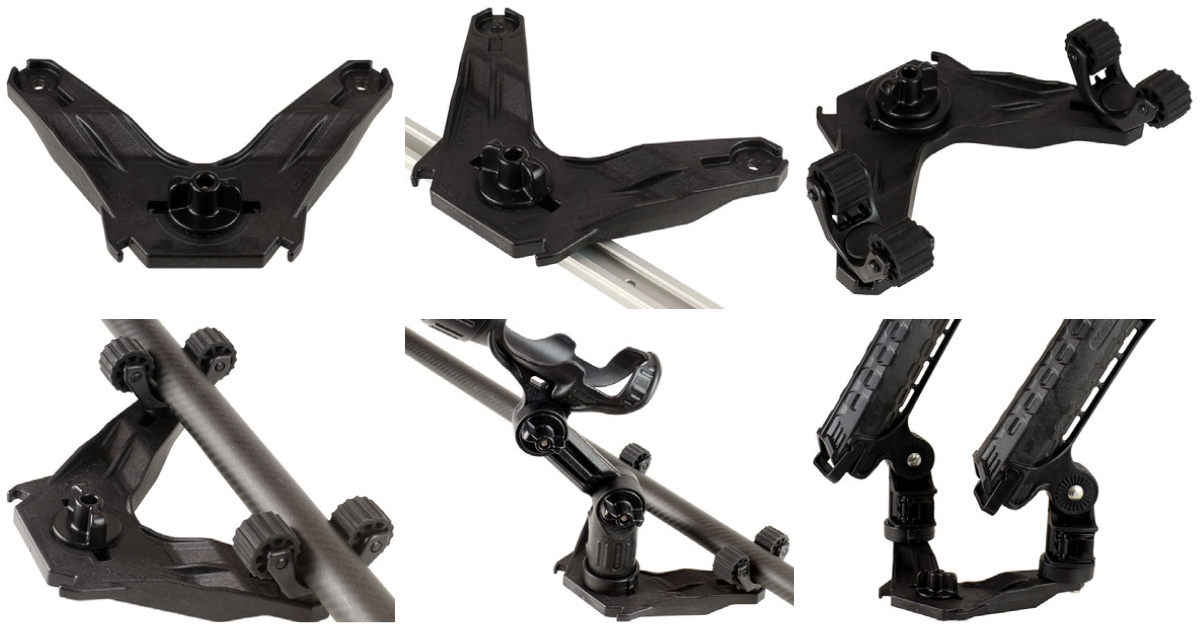 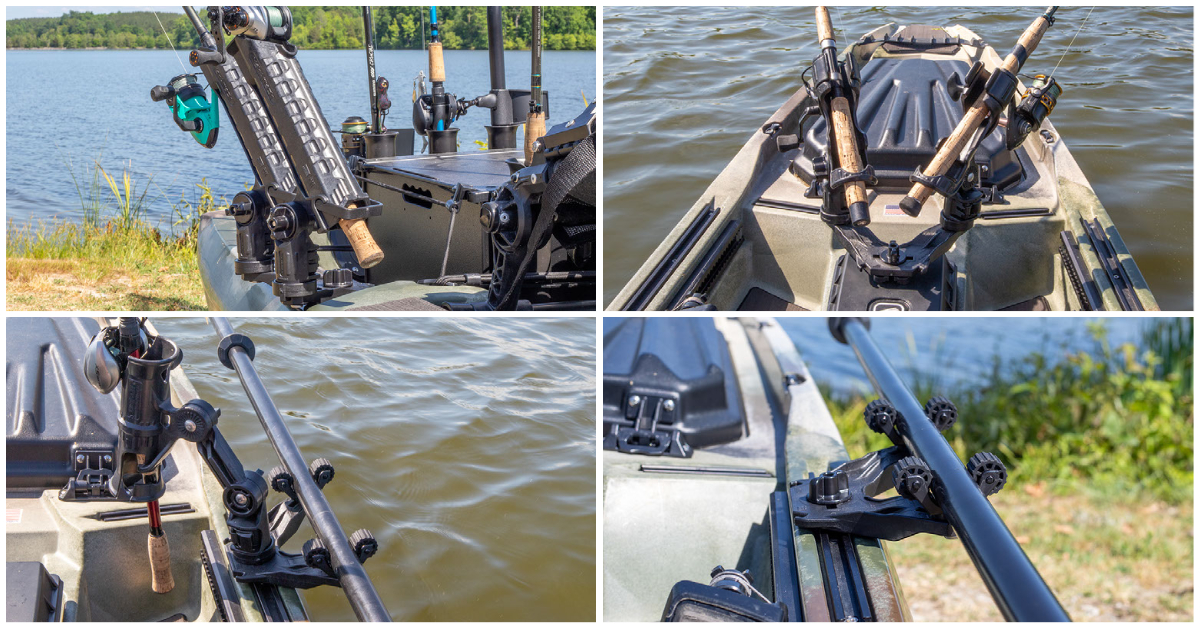 If you are tight on track space, the DoubleHeader includes an additional feature to add LockNLoad accessories like YakAttack rod holders, camera mounts, and more. Simply replace the stock knob and MightyBolt from the DoubleHeader with the LockNLoad base of a rod holder or other accessories, and you are able to have multiple attachments on a short section of track or a single point of attachment like a MightyMount II. The DoubleHeader track mount is compatible with YakAttack GearTrac, MightMount XL, MightyMount Switch, MightyMount II, and most other factory-installed kayak track.

As mentioned above, the DoubleHeader Track Mount can serve several different purposes, but in this case, it is the foundation for the perfect offset paddle holder solution that our customers have been dreaming of ever since the launch of the RotoGrip several years back. The  DoubleHeader with Dual RotoGrips includes two RotoGrip Paddle Holders and is compatible with standard diameter kayak paddles. The RotoGrip is a simple yet highly effective paddle holder solution, but many paddlers wanted to use one or two RotoGrips on a single side of the kayak. 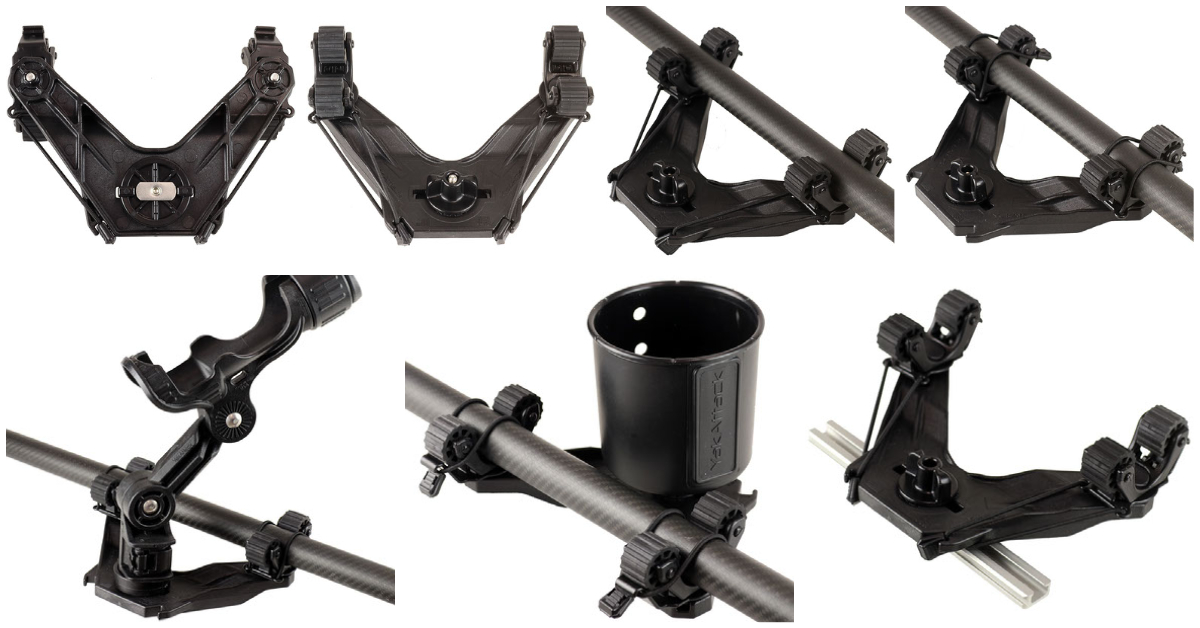 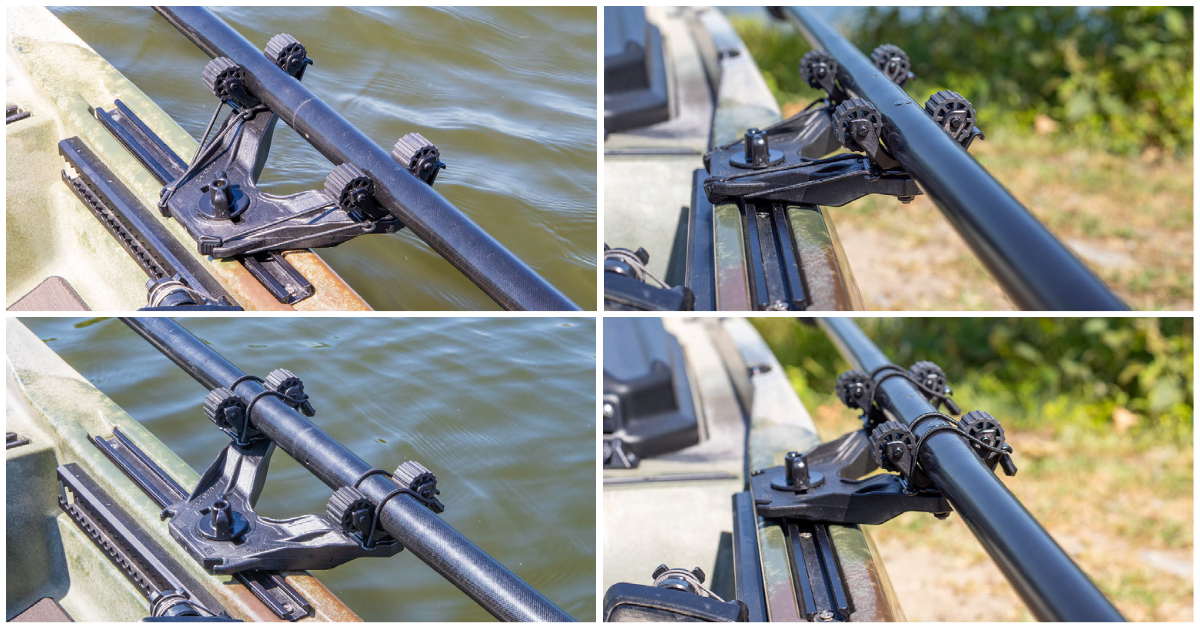 For added paddle security, included with the DoubleHeader and RotoGrip’s are two SnapNStrap Security Tethers. To secure your paddle unhook the bungee tab from the stored position on the base of the DoubleHeader, wrap it around the shaft of your paddle, and loop it over the tab on the outward side of the RotoGrip. This feature will come in handy for kayakers using pedal drive kayaks like a Hobie or motors like a Torqeedo or MotorGuide. In those situations, a paddle might not be needed all the time, so the security tethers provide extra peace of mind knowing your paddle is safe and sound. If you need quick access to your paddle at a moment's notice, the tethers have a stored position, so they do not get in the way when inserting or removing your paddle from the dual RotoGrips. The  SnapNStrap will be sold as a two pack for those who wanted added security for a stand along RotoGrip. 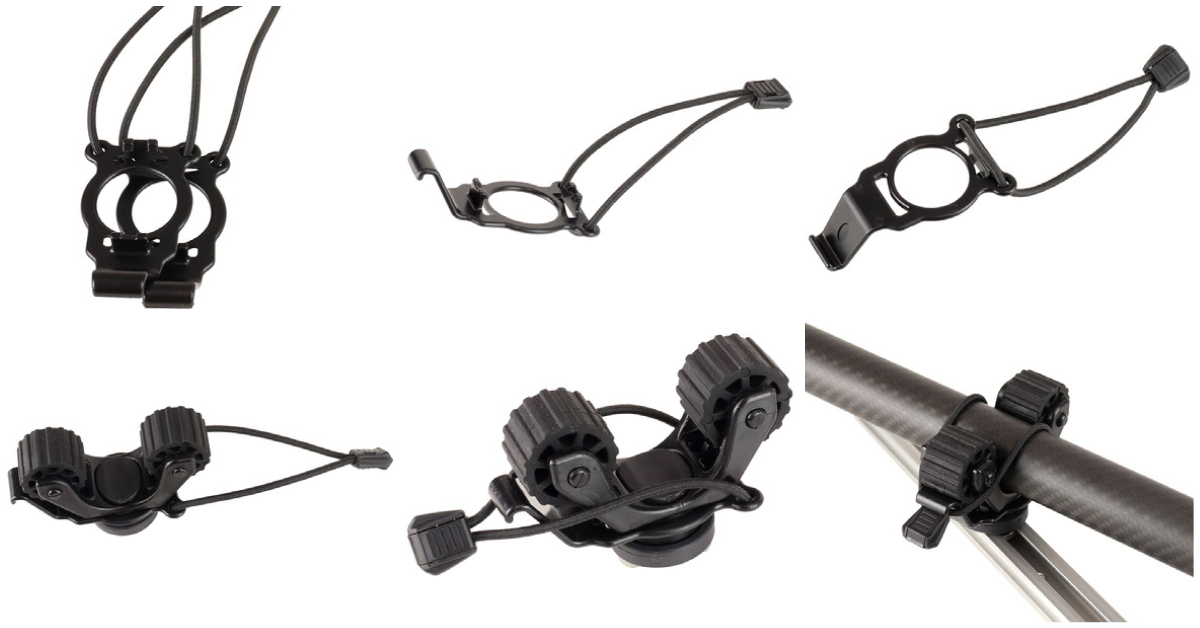 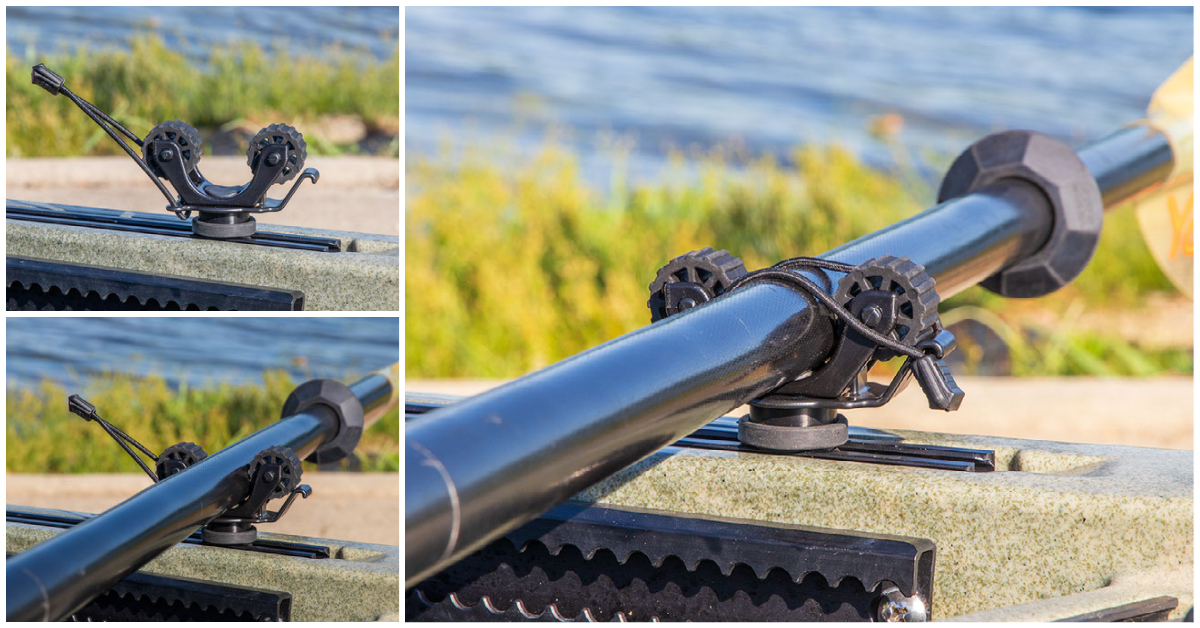 The July DoubleHeader Giveaway will run from 7/1/2021 at 12:00 am to 7/12/2021 at 3:00 PM EST and will have ten total winners. For this giveaway, we will draw five names to win a YakAttack DoubleHeader with Dual RotoGrip Paddle Holders and five names to win the DoubleHeader Track Mount. Winners will be drawn at random from those entered and announced on our Facebook and Instagram pages at 5 pm on 7/12. We will contact the winners directly via email. The giveaway is open to USA residents only and 18 years of age or older. July DoubleHeader Giveaway