After posting this DIY offset paddle holder solution on Facebook last week we have received a vast number of request for the exact recipe of needed parts to put this together. Recently and old brand friend, Troy Meyerhoeffer, shared this solution with us and we thought it was a simple and practical solution for storing your paddle offset from the track yet still easily within reach. On many different kayaks like this Native Watercraft Titan 10.5 there really isn't a spot for short term paddle staging. Yeah, it is a pedal driven kayak and has long term paddle storage where the paddle is stored in two separate pieces in the rear tankwell, but for many people having a paddle within reach is a must have feature even when using a pedal drive like a Native or Hobie. This offset paddle holder solution isn't just for those with pedal kayak or motors it is a solid option for anyone where their kayak doesn't have a great grab and good paddle holder system built into their kayak and also for some built in systems the paddle usually covers up the use of the length of track entirely. This simple solution moves everything about three inches off the track allowing for use of rod holders, fish finder mounts, and other accessories to be mounted on the track itself. Below you will find a list of the needed parts and how-to add this to your kayak. Please note, this install doesn't cover adding tracks to your kayak if it doesn't have any stock. 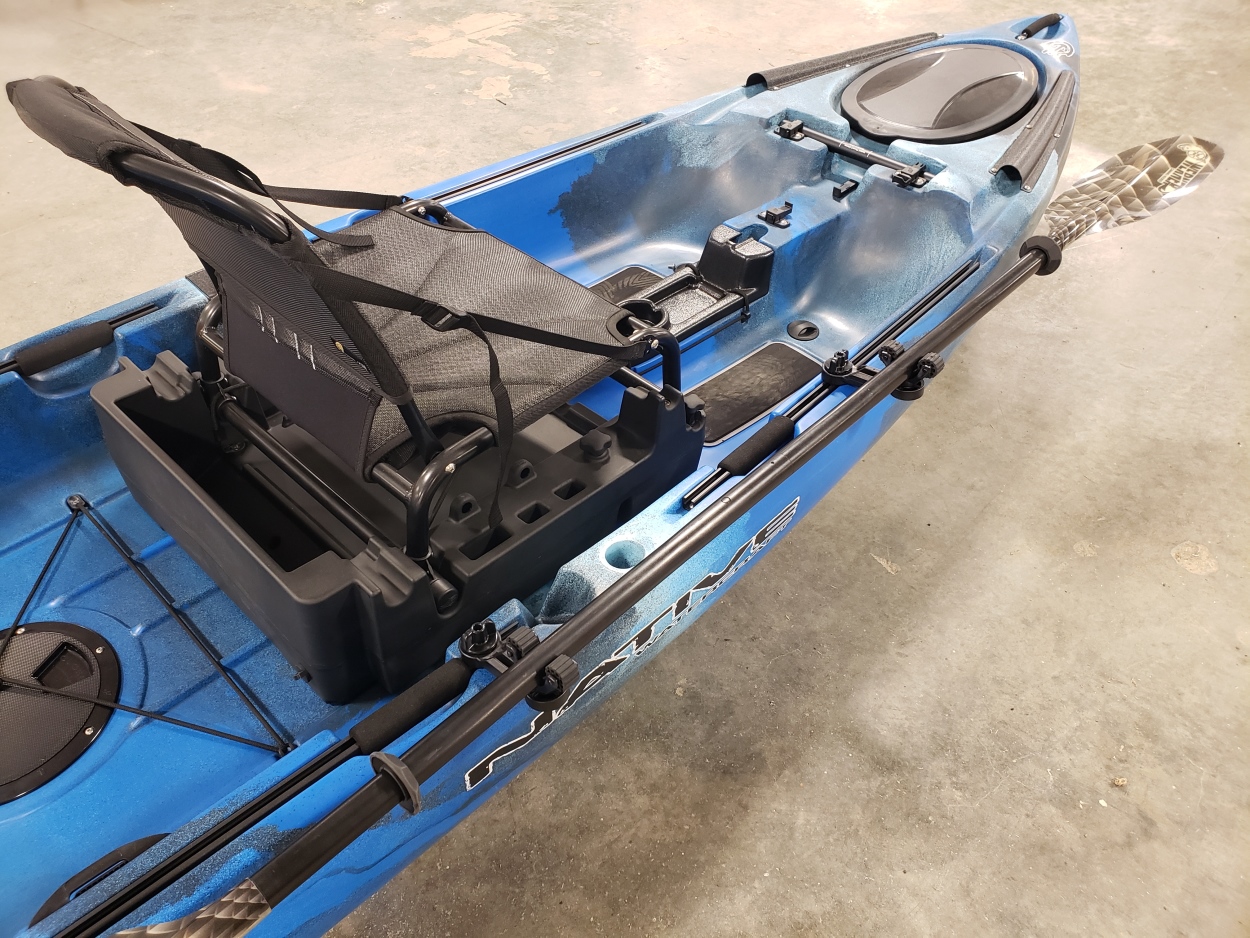 This first YakAttack product needed for this install is two RotoGrip Paddle Holders. The RotoGrip has quickly become a YakAttack staple product over the past few years and has become the go-to paddle staging option among many kayak anglers. Using the RotoGrip in this install is only one way to customize how the RotoGrip is used. Here is the LINK to a past video blog about increasing the height of your RotoGrip to be used on kayaks like the Bonafide SS127, Jackson Kayak Coosa HD, and the Wilderness System ATAK. 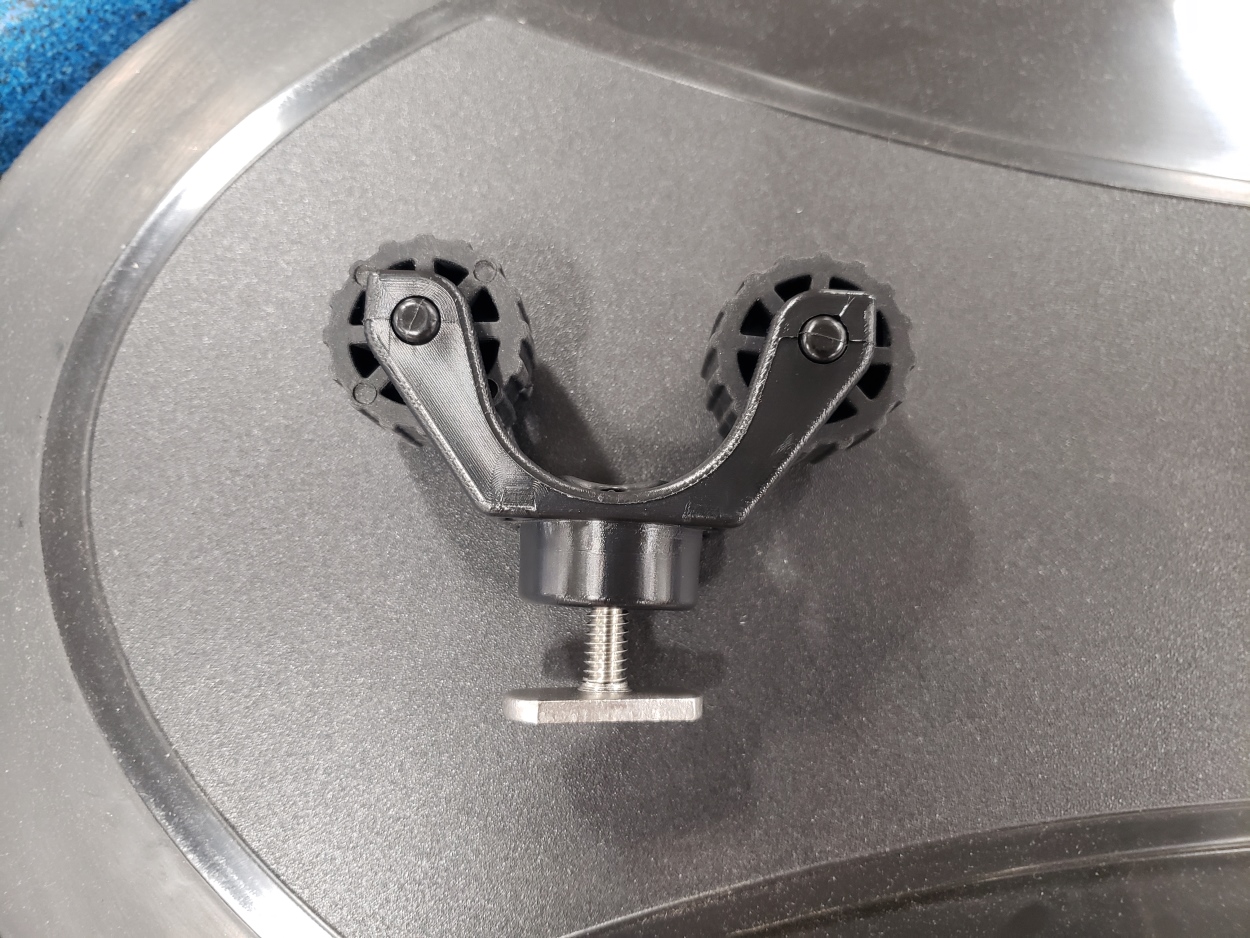 Next up is the 4" Extension Arm. This extension arm is typically utilized with our line of rod holders, fish finder mounts, and camera mounts that feature the LockNLoad Mounting System. For this install, it is acting as an extension arm to offset the RotoGrip outside of the kayak and away from the factory installed track. The stock 4" Extension Arm comes with a carriage bolt and spring that will not be utilized and can be stashed in the toolbox for another project. 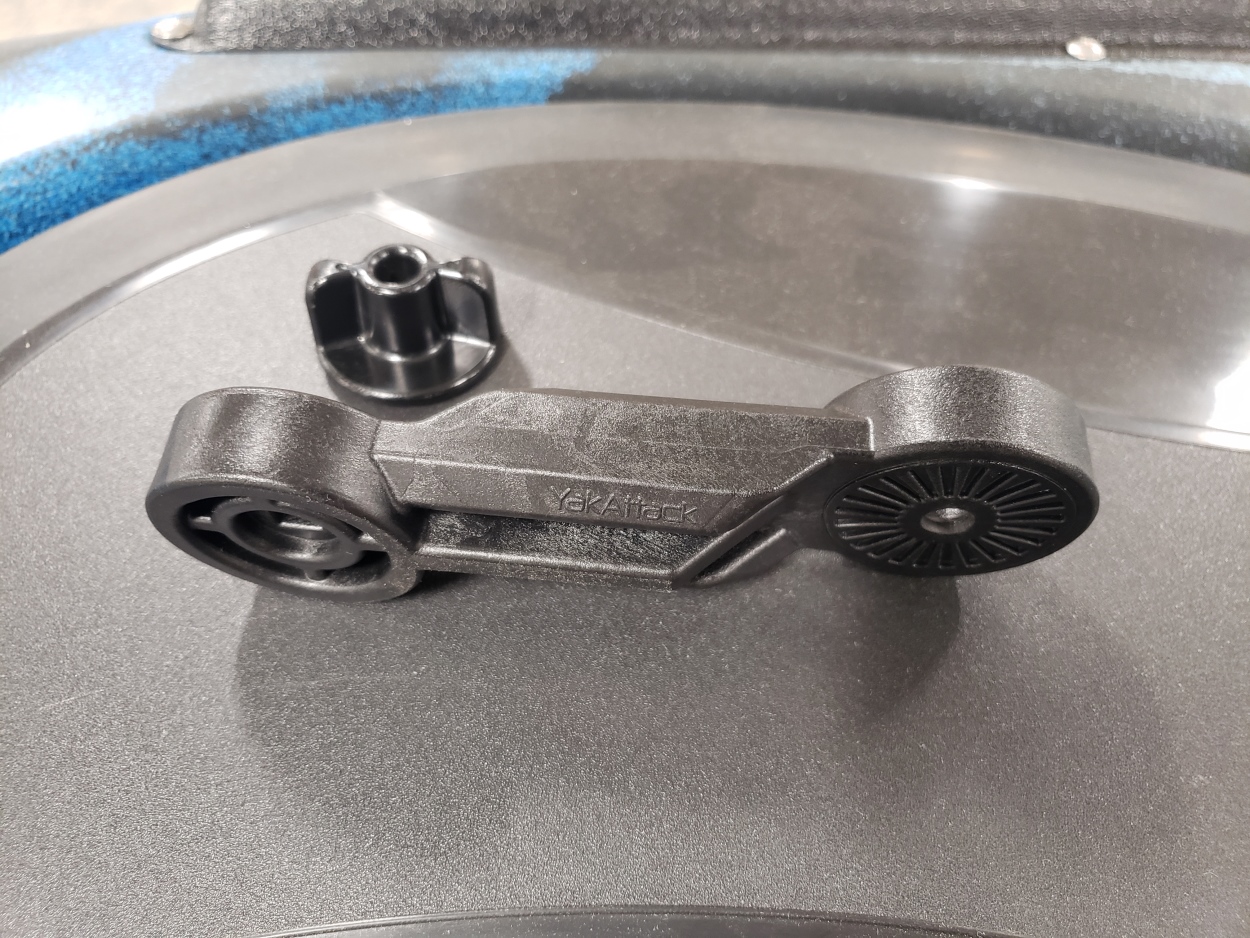 The last piece needed to tie the install together is a 1.5" MightyBolt. The MightyBolt is sold in a 6 pack so to do this install you will have four left over, but as many of you already know it is always smart to keep a few extra in the toolbox as backup in case you misplaced them or are doing a DIY type install like this one. 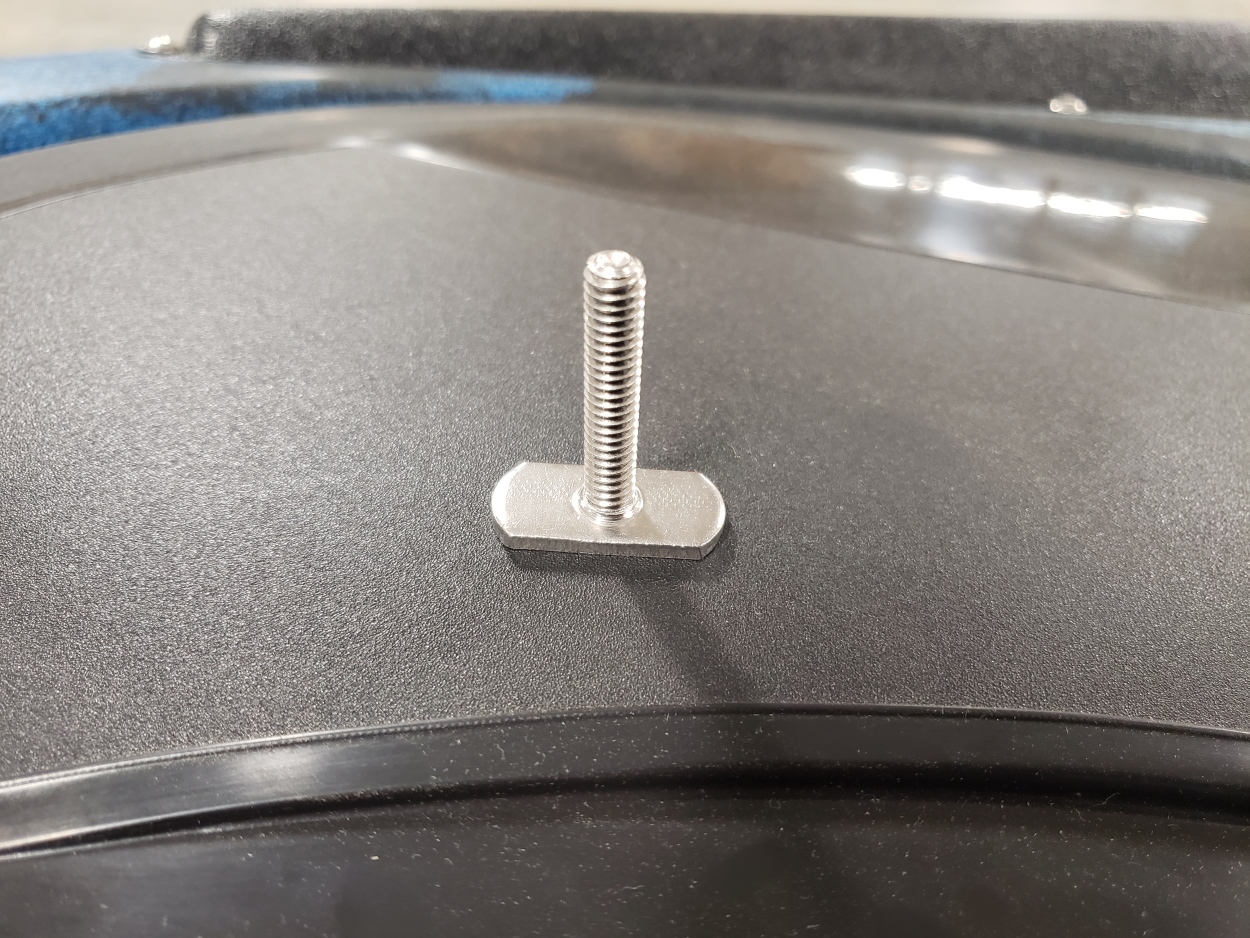 To start, remove the spring, carriage bolt, and knob from the 4" extension arm. When inserting the 1.5" MightyBolt the key thing to note here is the orientation of the 4" Extension Arm. The surface of the extension arm that comes in contact with the track is flat and the geometry of the arm goes outward and upward. This will allow for better compatibility with just about all kayaks and factory or aftermarket track. Utilize the stock knob that was included with the extension arm and insert the head of the MightyBolt into the desired track and tighten the knob. 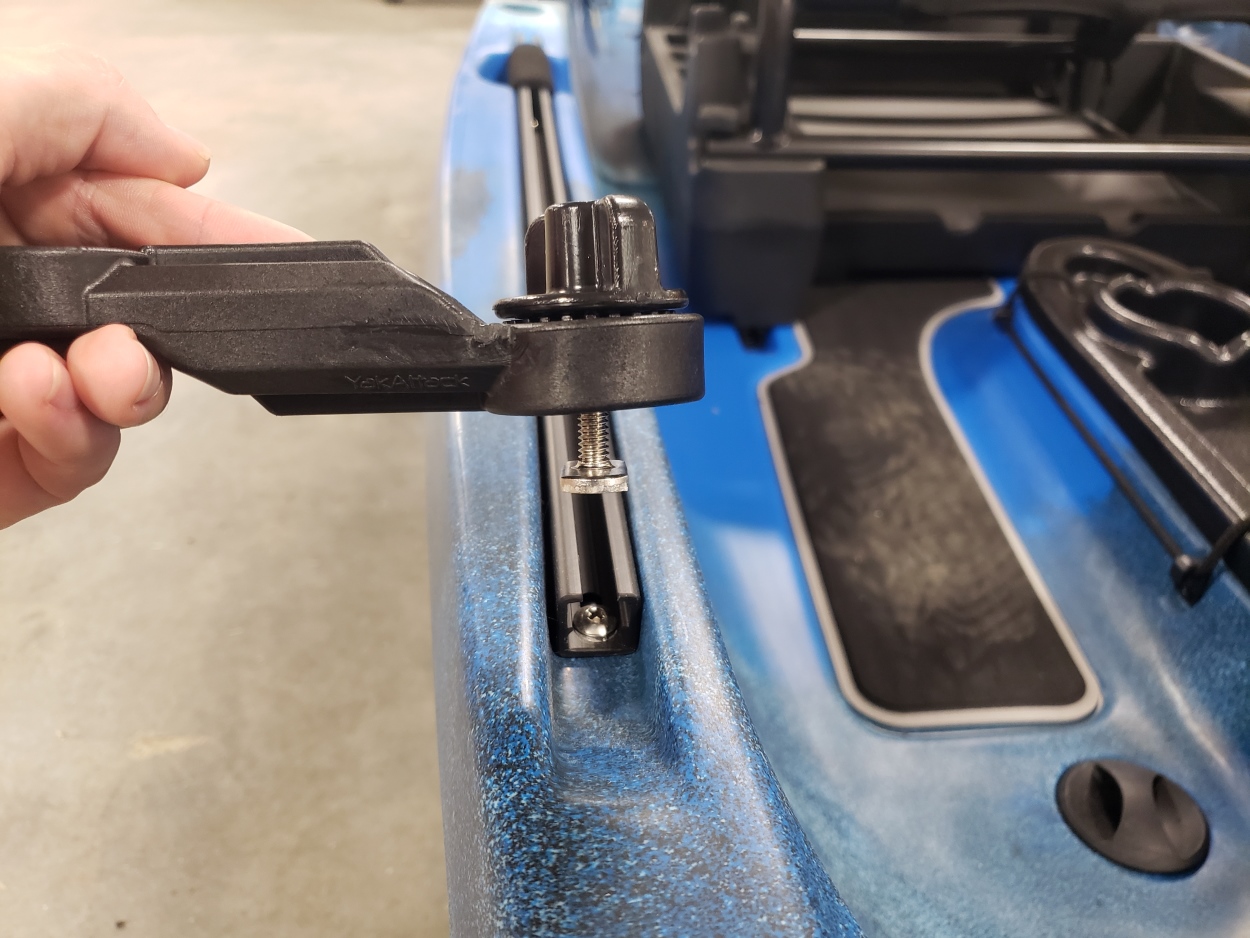 For the RotoGrip Paddle Holder I opted to utilize the stock 1" MightyBolt that comes with it and discard the rubber spacer that is needed for standard track installs of the RotoGrip. If you feel the need to use the rubber spacer you would need to source a 1/4"-20 pan head screw or very short carriage bolt, but I didn't feel it was necessary. The MightyBolt makes this install simple, easy, and I can tighten the paddle holder without the need for any tools. Simply hold the head of the MightyBolt in place with my hand on the underside of the extension arm and rotate the RotoGrip until the disered tightness and orintaion is reached. 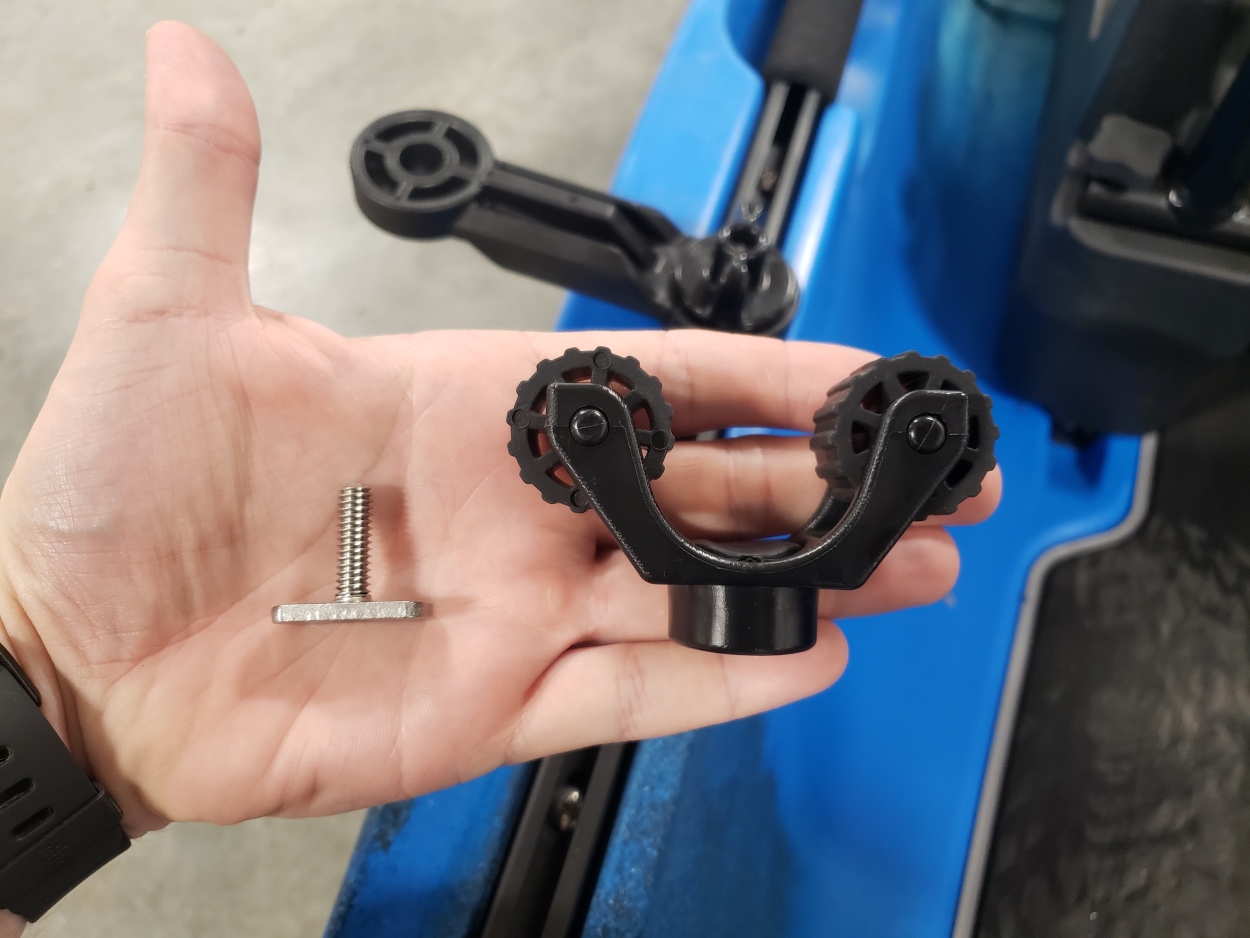 With the 4" extension arm attached to the track take the 1" Mightybolt from the RotoGrip Paddle Holder and insert it from the underside of the end of the extension arm. Tighten the RotoGrip to the exposed threads and you are done with the first paddle holder. Repeat the steps above on the second set of parts and then you are good to go. 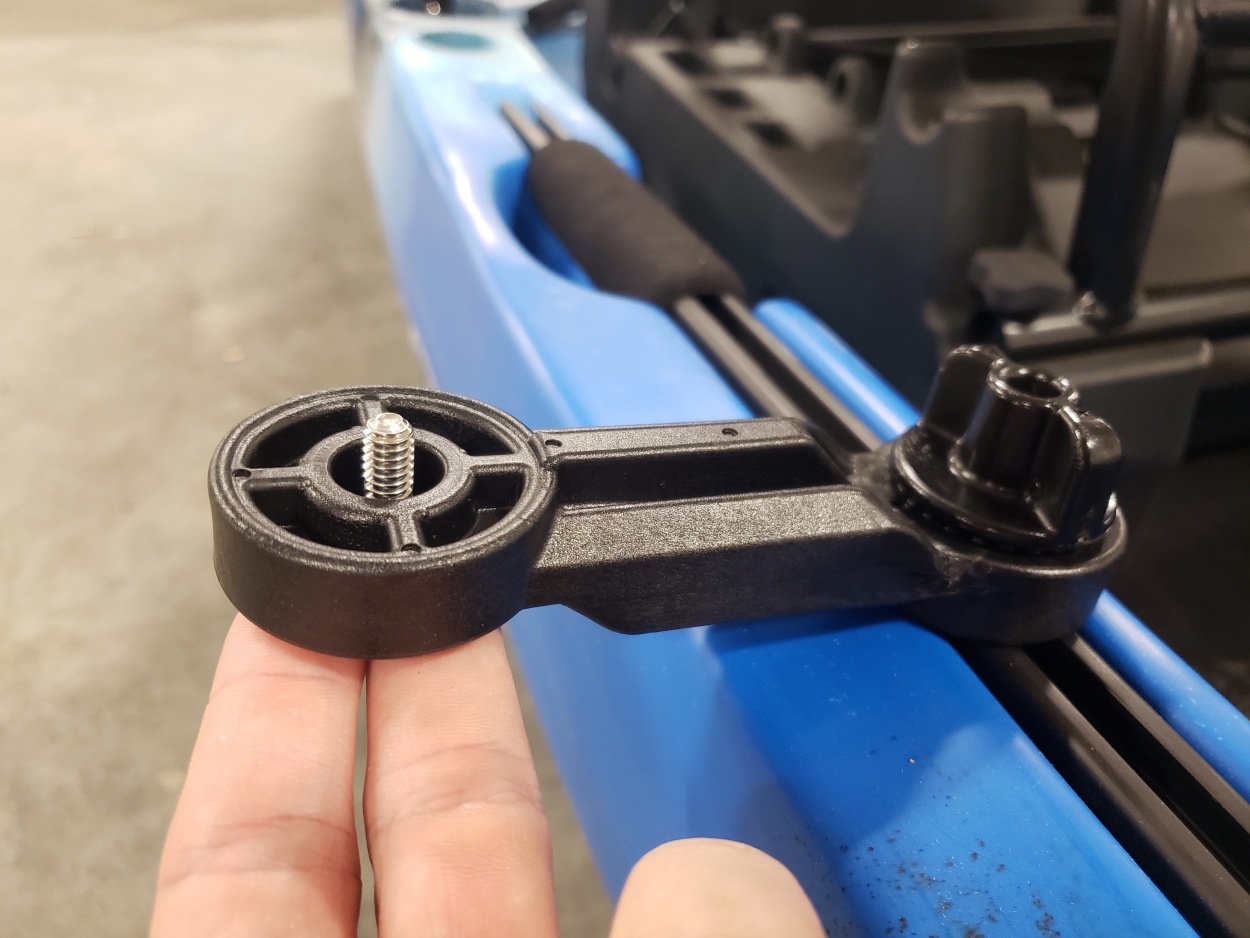 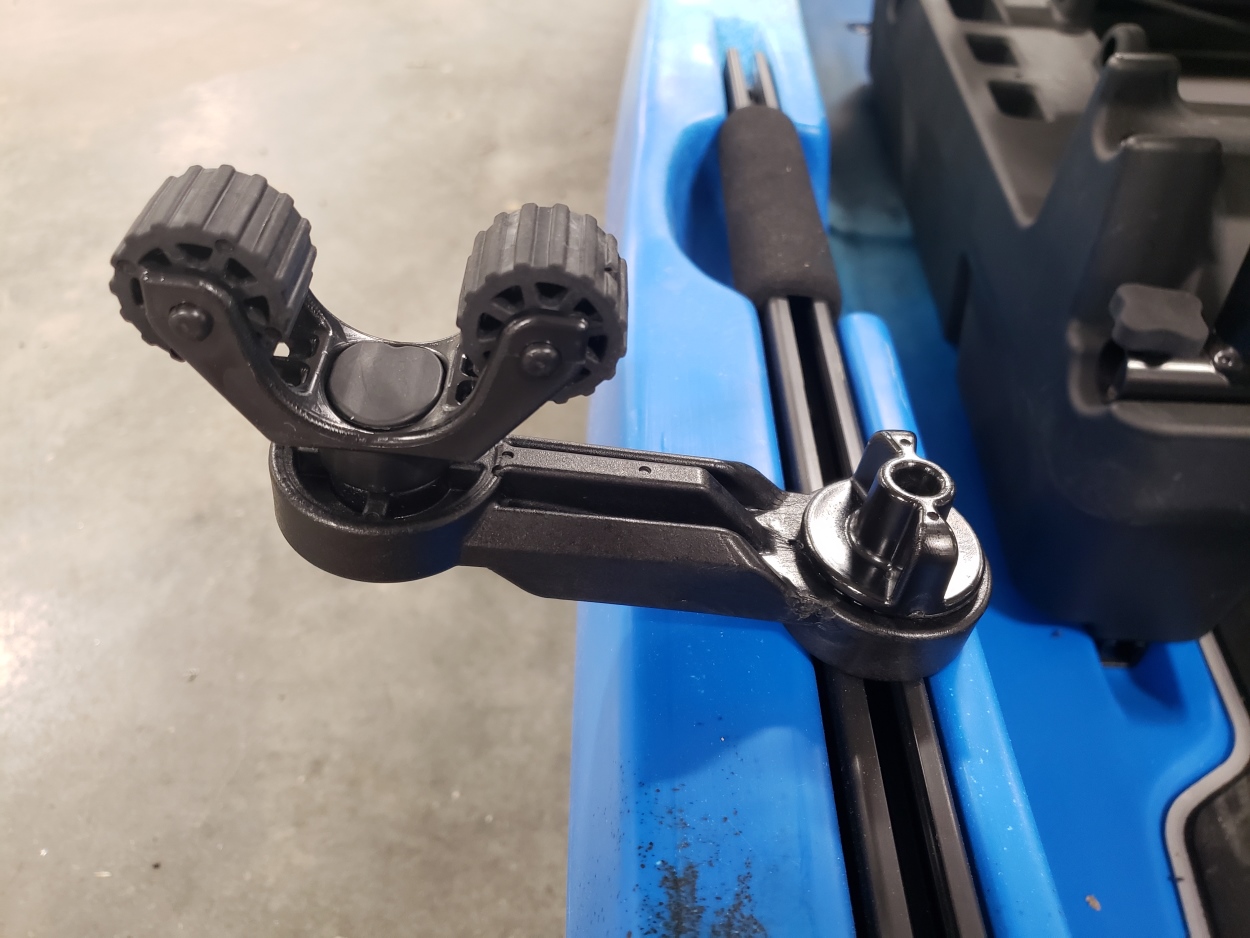 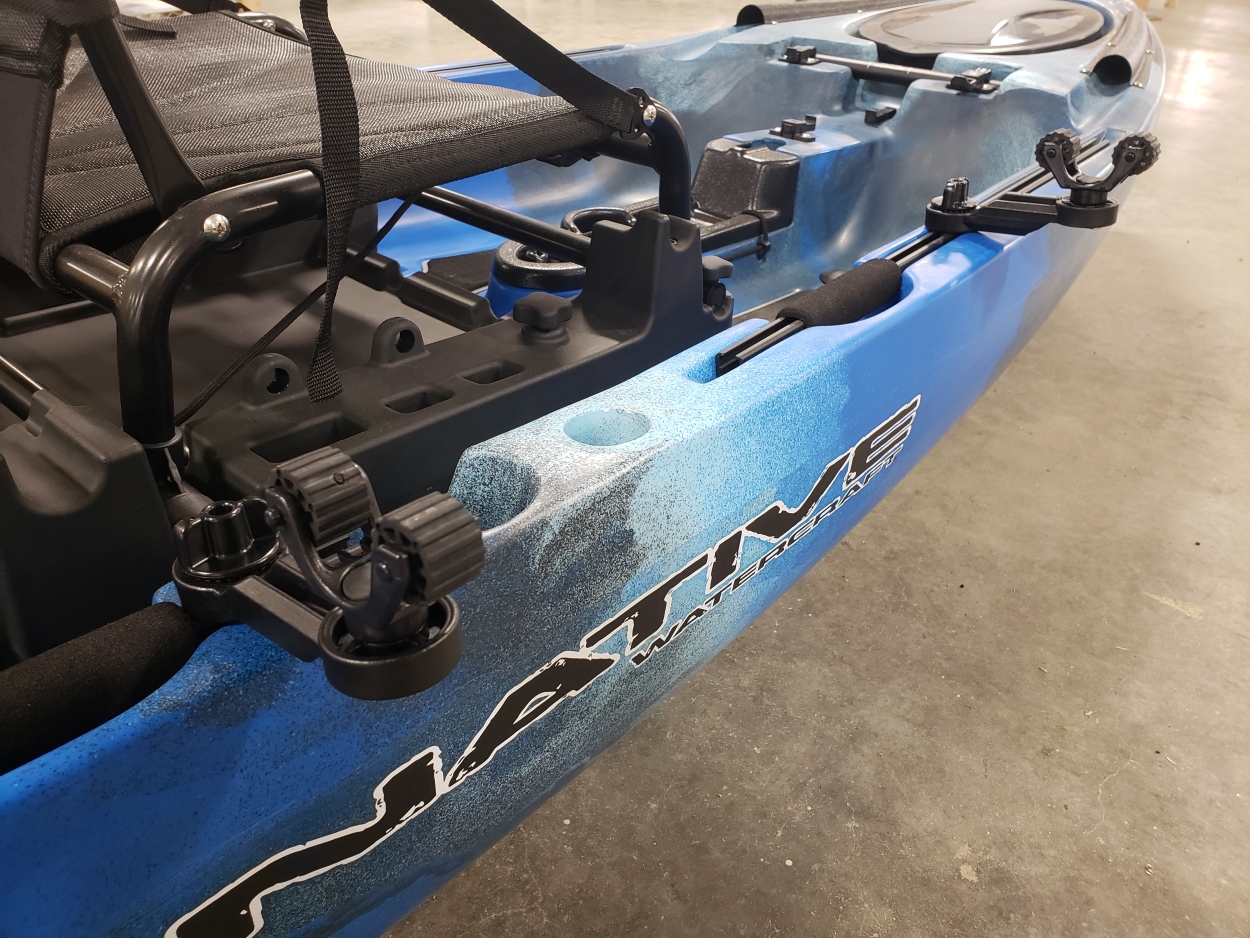