In this video follow YakAttack team angler, Josh Dolin, as he travels to east Texas with the goal of landing an alligator gar from his Jackson Kayak. Josh is no stranger to the alligator gar or the waters of east Texas. A year ago to the date Josh made the 1,500 mile trip to the same stretch of river and found what he was looking for. Six years ago was Josh’s first encounter with the species in Texas and after that he has been making the trip back every chance he gets. On this trip Josh joins his good friend Bryan Thornton for three days of targeting these prehistoric freshwater giants on the Trinity River. The Trinity River is a 710 mile long river in Texas, and is the longest river with a watershed entirely within the U.S. state of Texas. 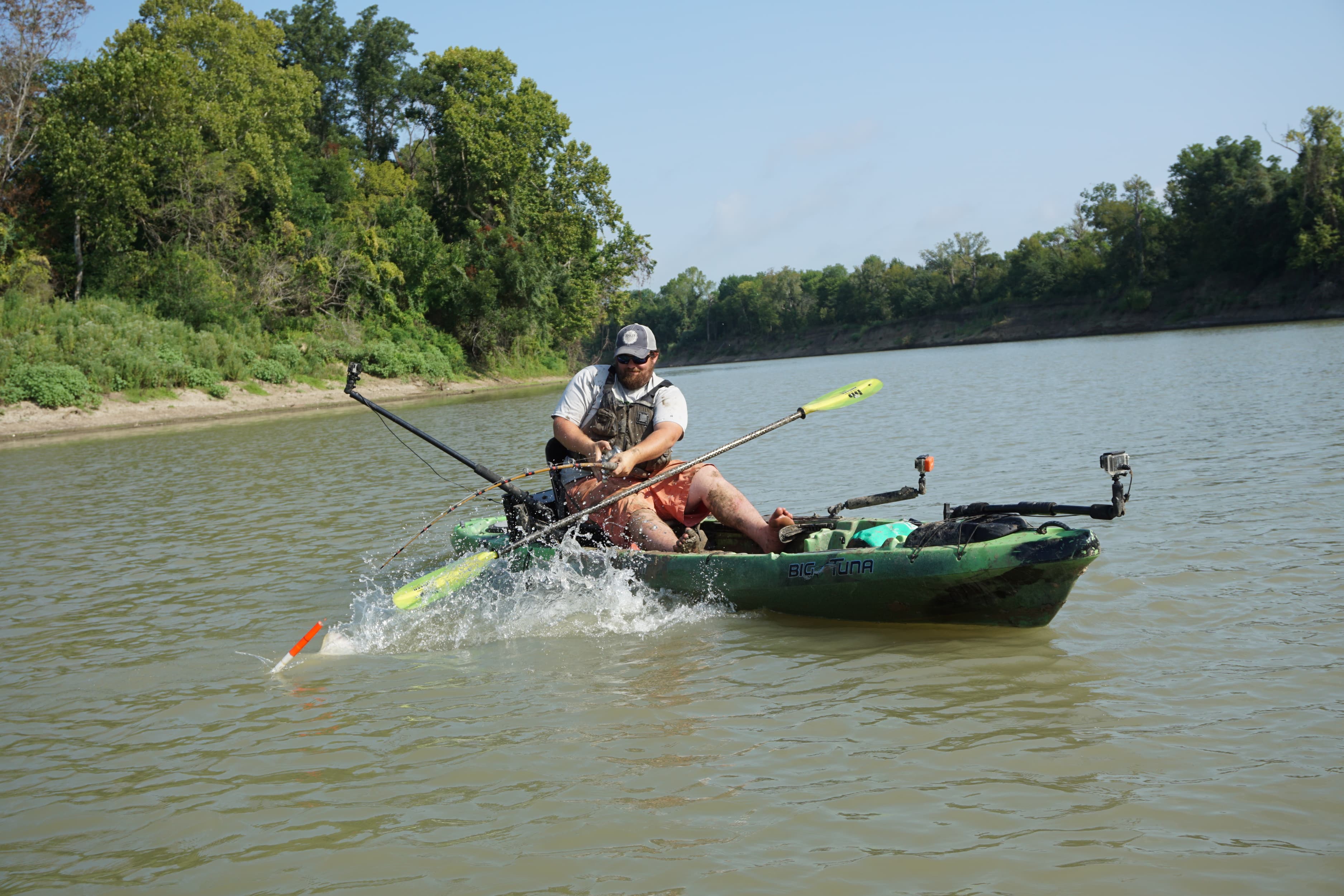 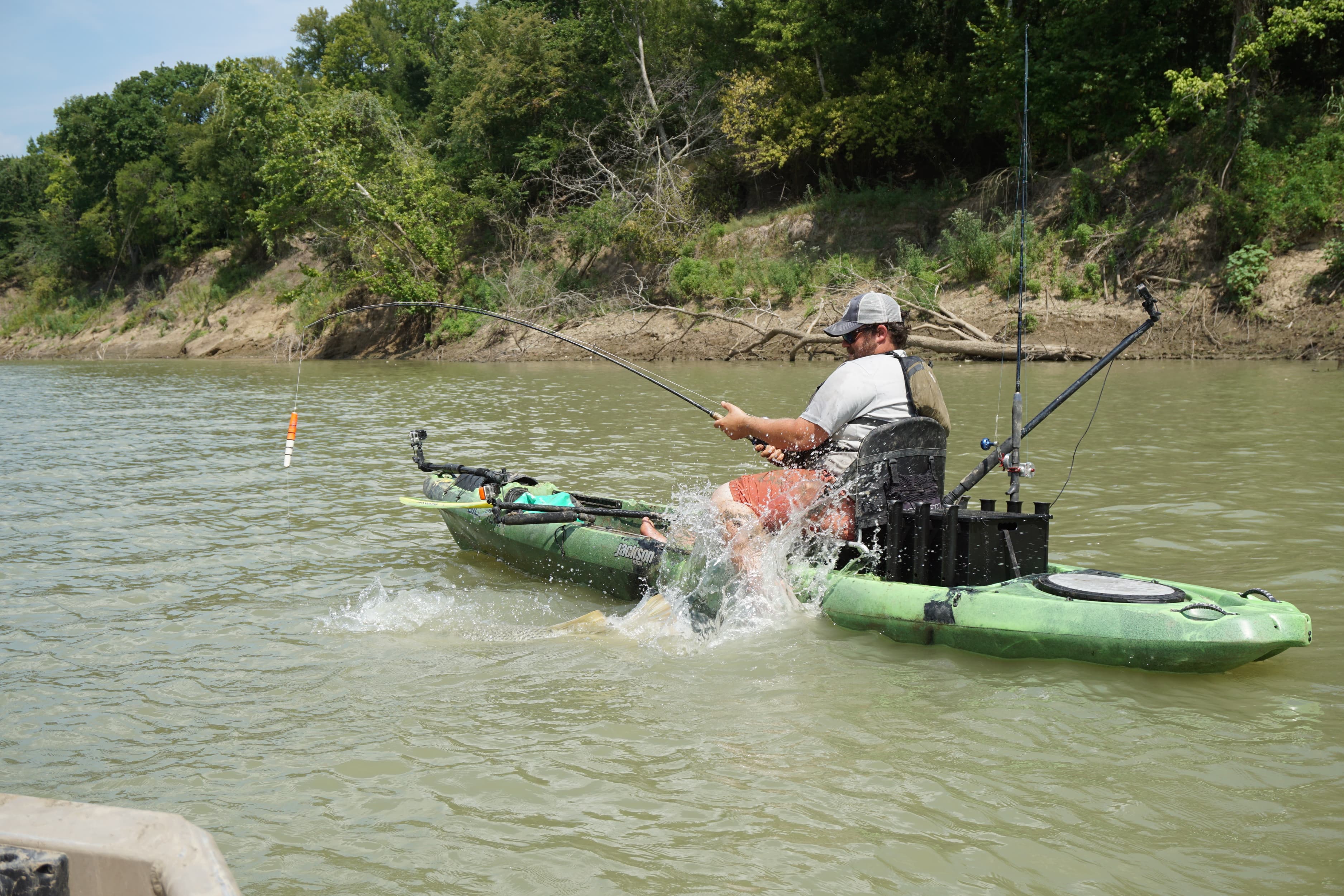 Day one and two went by slowly with landing a few juvenile gar, but not the giants they came looking for. Alligator gar tend to not mind the heat but being August in Texas the air temperature can get a bit high. On the third and final day, Josh and Bryan search for deeper holes around bends in the river hoping for mature gar to be attracted to the cooler deeper water. At the last spot of the last day and the last hour with incoming storm front approaching Josh hooks into what they were after. He knows he has a sizable fish on the line and this might be his last chance of the trip to make it happen. Like most species of fish once hooked this gar ran to the nearby timber and ended up getting tangled and passing through a brush pile. With the assistance of Bryan they were able to retrieve the braided line on the other side of the brush pile, cut, and retie the line in time to continue the fight with this Texas giant. After all was said and done, Josh landed the 6’ east Texas alligator gar they were searching for. With Josh’s previous experiences targeting alligator gar in this area he knew it wasn’t going to be easy, but one thing is for sure that he will return for another fight in the future. 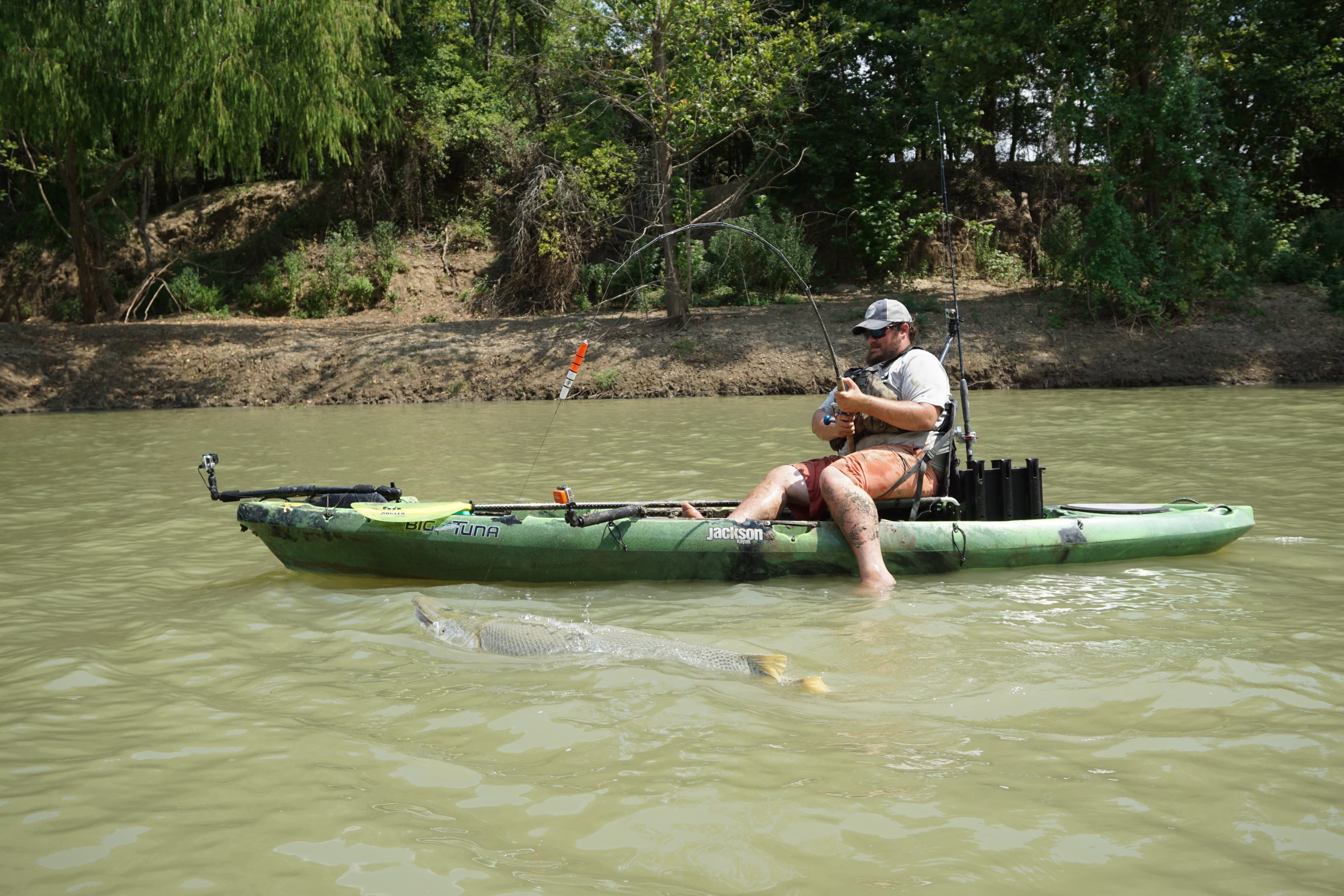 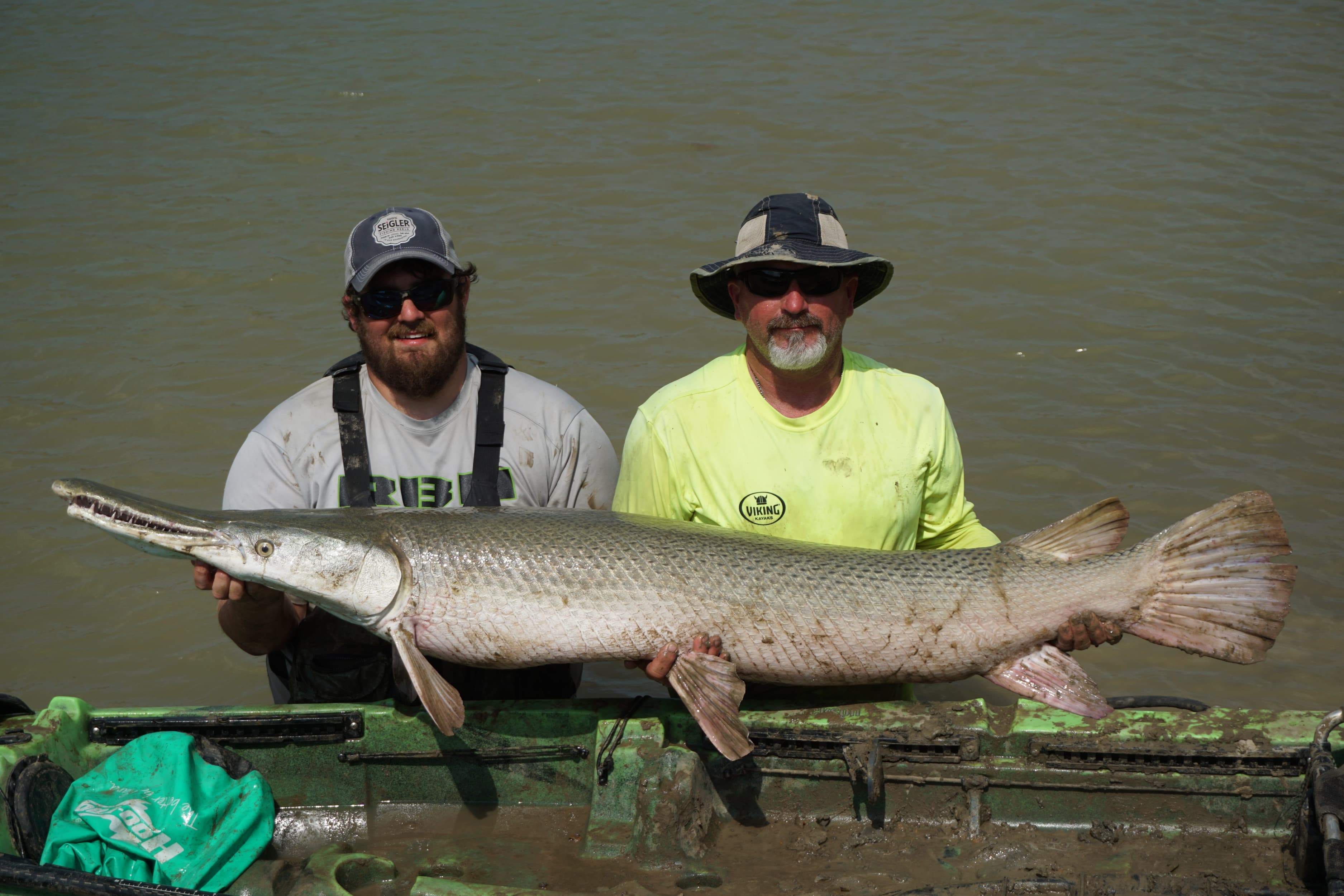