Anglers, kayakers, and people who love the outdoors are sometimes challenging people to shop for during the holidays. Many of them seem to be that individual who already has everything and the kitchen sink. Here is a list of our top YakAttack stocking stuffers under $20 that are guaranteed crowd-pleasers. Also, if you find yourself shopping for a gift for an angler in your life and still do not know what to buy them feel free to call our customer service team (434-392-3233), email at support@yakattack.us, or message us on Facebook and Instagram, and we will help out with a few ideas to make shopping this year just a little easier.

For any brand fan and angler who has more YakAttack products then they know what to do with the SideArm Track Mount would make for a great addition to their YakAttack gear assortment. The SideArm Track Mount is a newer product for us being released only a few months ago. One aspect that makes kayak fishing unique is the need for highly effective small space organization. A kayak is limited in space, and the angler is limited to where they are able to move around or access gear while on the water. With the addition of the SideArm Track Mount, anglers are able to mount up to two items from a single point of attachment. The SideArm can also be mounted in 24 different positions along the horizontal access creating endless rigging potential. A popular use of the SideArm is to pair it with a ParkNPole or RotoGrip Paddle Holder to create a unique two-point offset mount for a paddle or YakAttack ParkNPole. 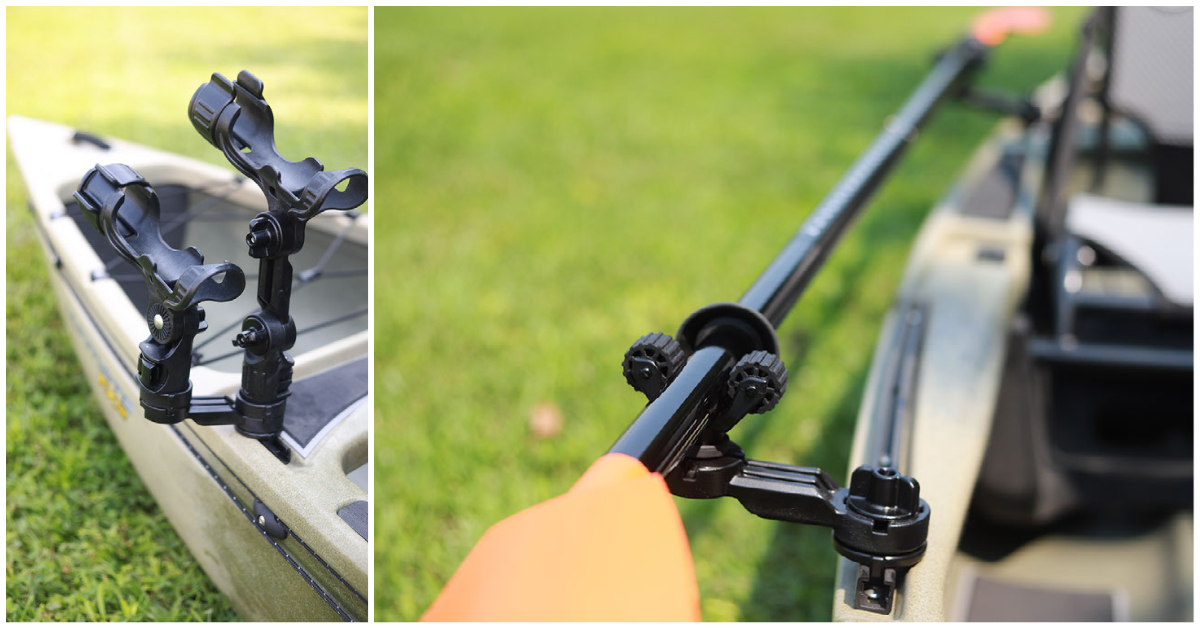 Newly released, this variation of our best-selling RotoGrip is specifically designed for use with the YakAttack ParkNPole stakeout/push pole. Since the release of the original RotoGrip, we have always wanted to modify the design to make it compatible with the unique diameter of the ParkNPole. This new RotoGrip creates a variety of storage options for anglers using the ParkNPole, and it pairs nicely with our DoubleHeader or SideArm Track Mount. In addition, this new RotoGrip works excellent with the shaft of our Leverage Landing Nets. 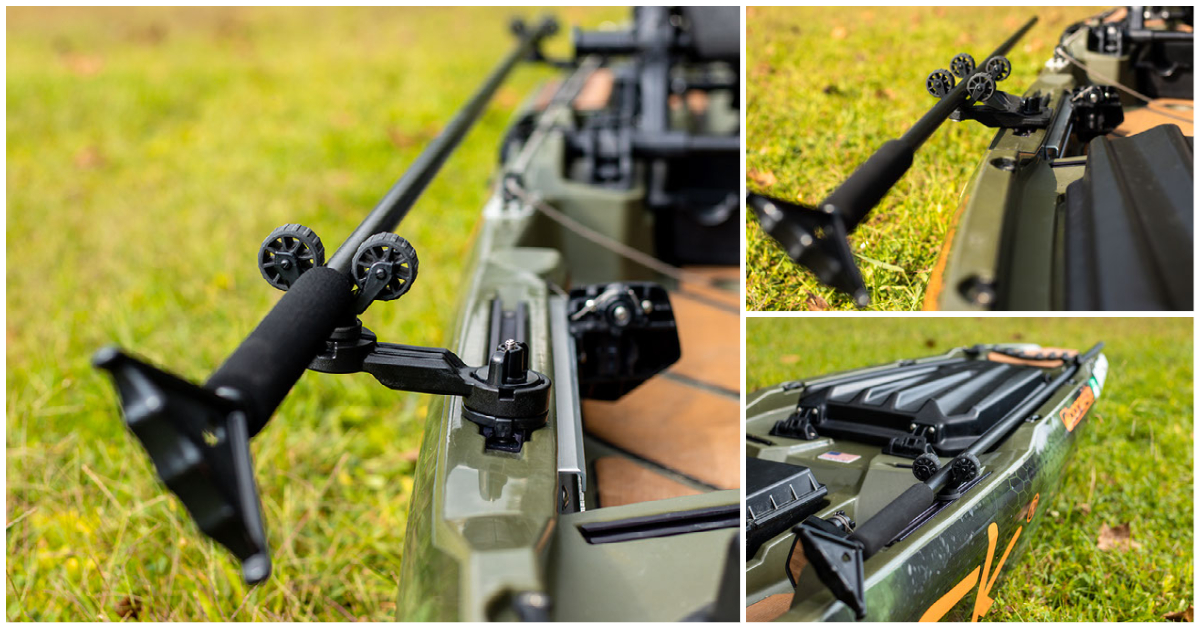 If you are shopping for a kayak angler who transports their kayak in the bed of their truck, this is a must-have piece of gear, and it is beneficial to keep a backup. In most states, a red tow flag is required when transporting items like a kayak, which overhang from the tailgate. The tow flag easily attaches to the handle of a kayak, and it is good practice to put it on every time you are transporting your rig. Otherwise, it could make for an expensive day with having to pay a ticket from the law. 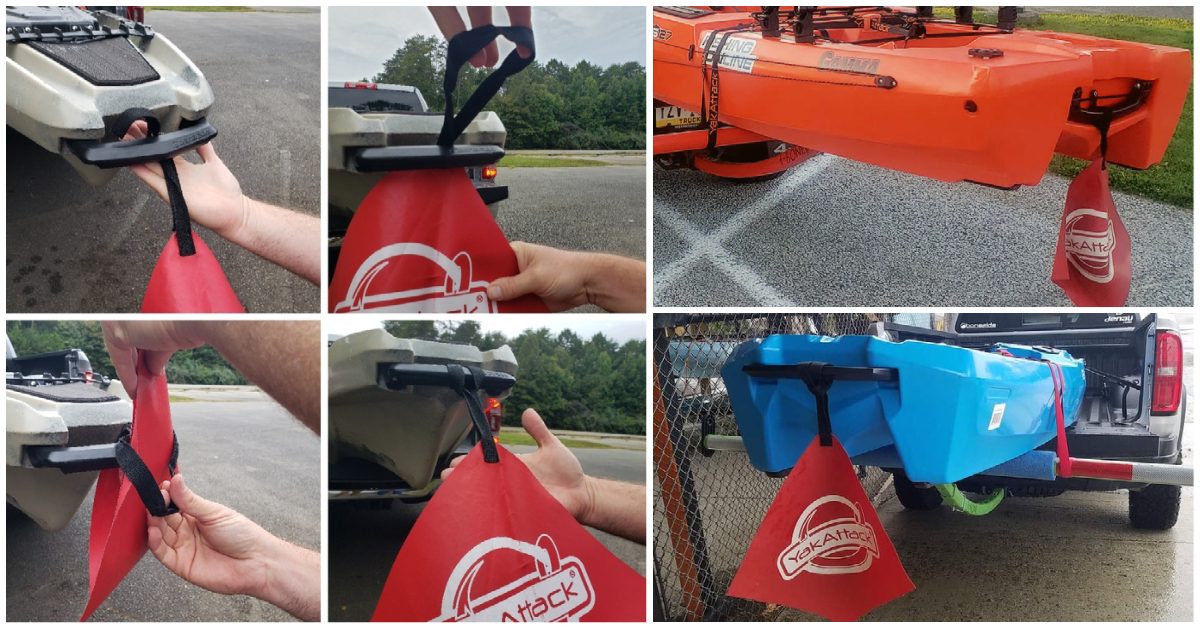 As far as kayak mods go, there are not many accessories on the market or DIY with as much utility as OmniHooks with a $10 or less cost. If you use a standard milk crate, bucket, or YakAttack BlackPak in the stern tankwell of your kayak, then OmniHooks are an absolute must-have. To install them, loosen the knot of your bungee and slide them on. Once in place, retie the knot, and you are good to go. This easy and cheap modification is a significant upgrade from having to route bungee around rod tubes and takes a matter of seconds to secure your gear quickly. OmniHooks are sold as a four-pack. Bungee is not included, but just about every kayak already has stock bungee in the stern tankwell, so it is not needed in most cases. 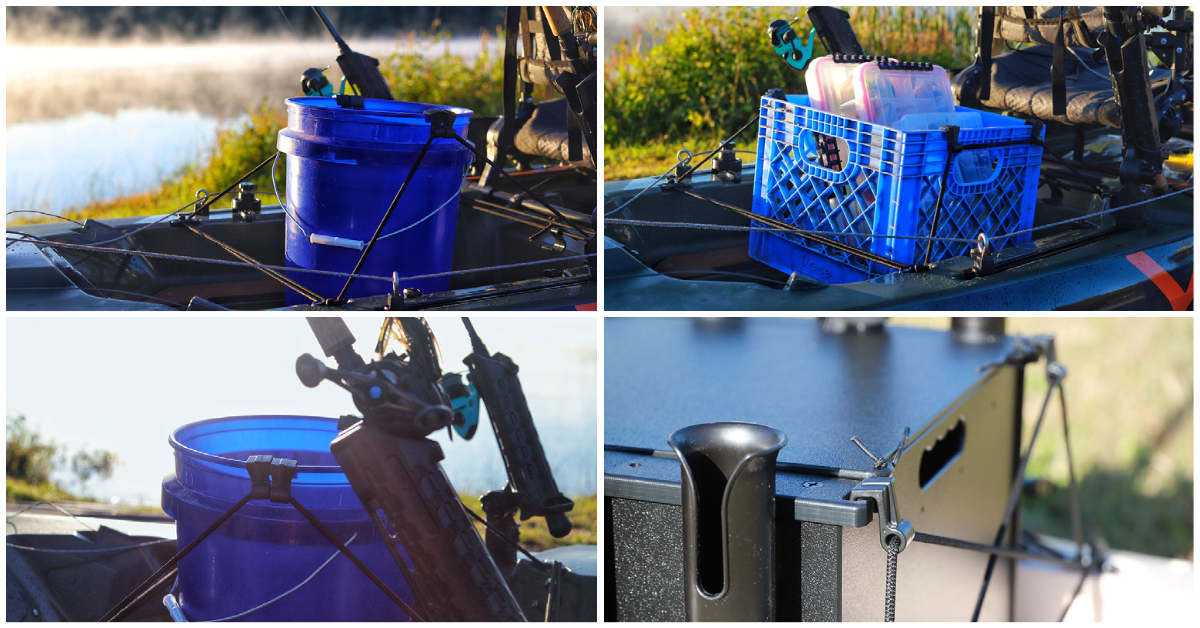 Many kayaks lack deep space organization, and when we say cup holder, it doesn't necessarily restrict it to be used in other ways. More times than not, we see customers using the MultiMount Cup Holder as a place to stash lures, tools, hooks, and other small items that tend to get lost in the cockpit or under the seat. It is not uncommon to see anglers with more than one cup holder mounted on their kayak. One MultiMount Cup Holder might be designated for a water bottle or stainless tumbler, and the other(s) become a catch-all for old baits, a bag of peanuts, or anything else you want out of the way yet within reach if you needed it. 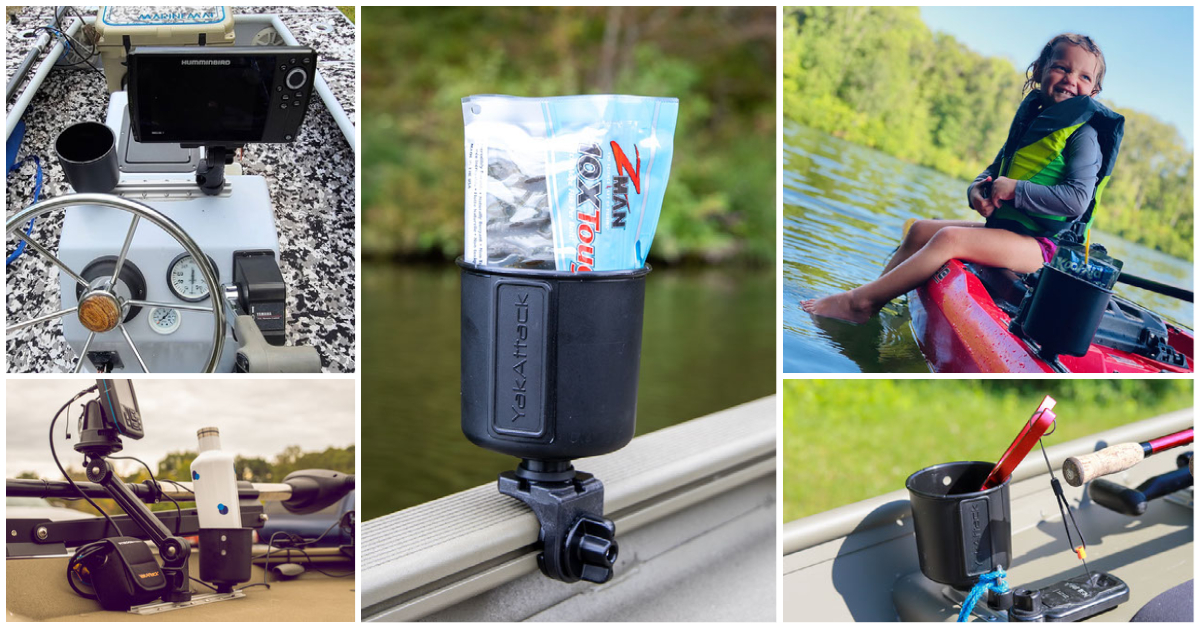 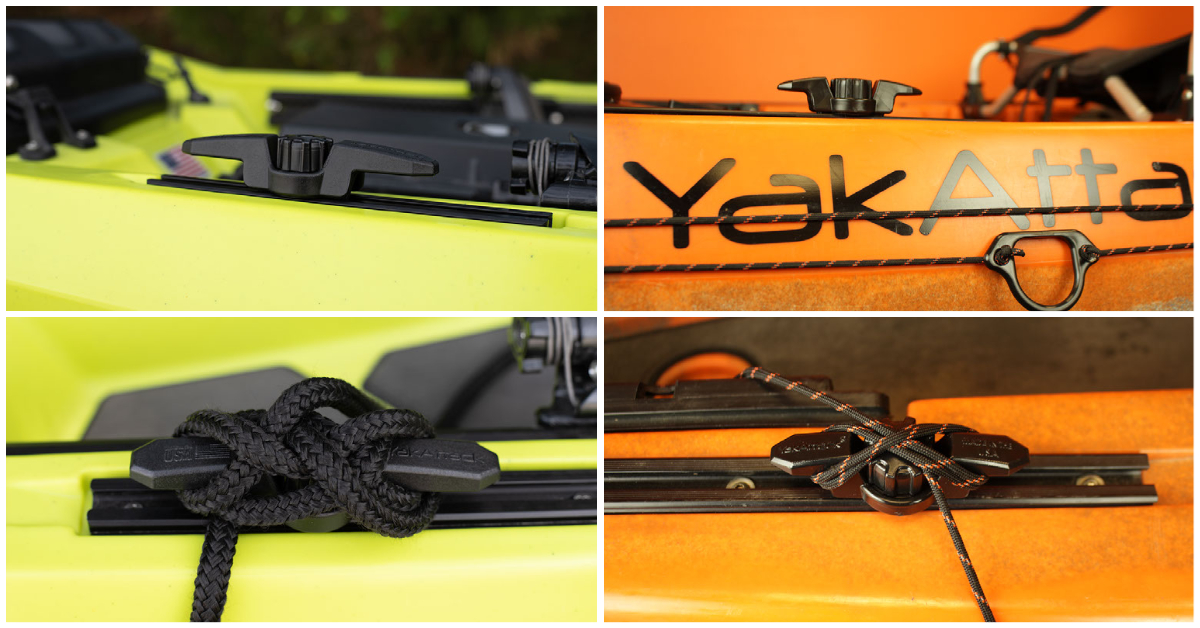