A 2008 brown Toyota Tundra packed to the gills with the Cifers family and tackle barreled along a dirt road lined with pine trees, ragweed, and overgrown grass. The further we went down the road, the more uneven the terrain became. Even though it was a mid-August day in central Virginia, the air was light, the sun shining, and the water calm as glass and clear as mud.

YakAttack’s founder and president, Luther Cifers, sat at the drivers seat, while my brother Tyler sat in the passengers seat. Sundari and I were sandwiched in the back with rods, lures, and bottled water. We slowed to a crawl as we approached the Appomattox River bridge in between Amelia and Cumberland counties.

We had gone to Walmart right before we arrived to the river to pick up some cheap rods and tackle. Sundari and I hadn’t been fishing in the river since we were too young to really enjoy it, so we were eager to go back to our roots. We grabbed a couple cheese pizzas and demolished them on the way to the river.

We pulled into the makeshift parking lot of the bridge that was really just a patch of dirt, unloaded our gear, and started down the trail that led us to the water.

We carried UltraLite rods rigged with a beetle spins, and began wading down the Appomattox. As we walked in the water, we cast our lines into shadowy holes along the bank. It had barely been five minutes when Sundari hooked a sunfish, and Tyler followed suit a few seconds later. 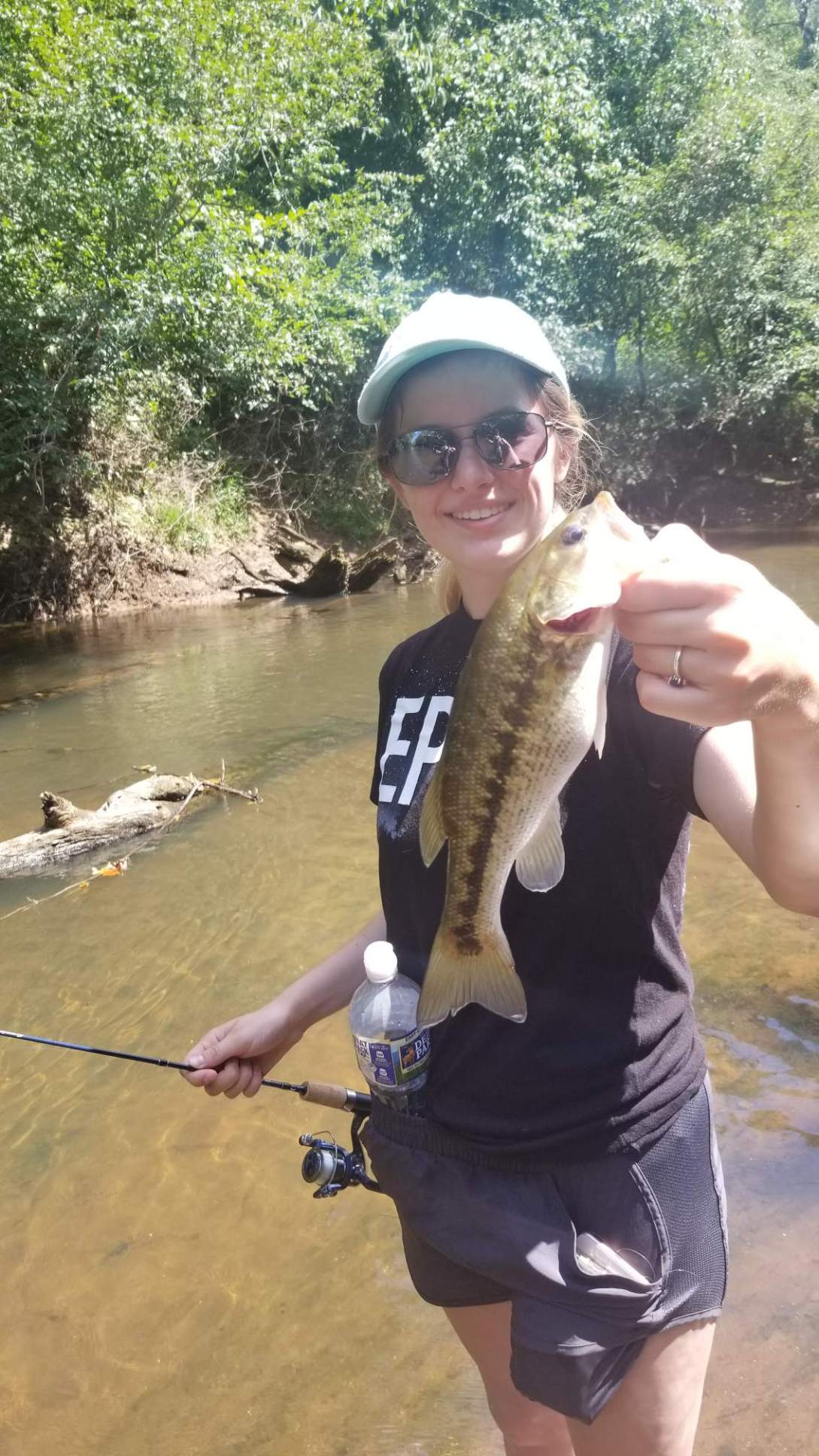 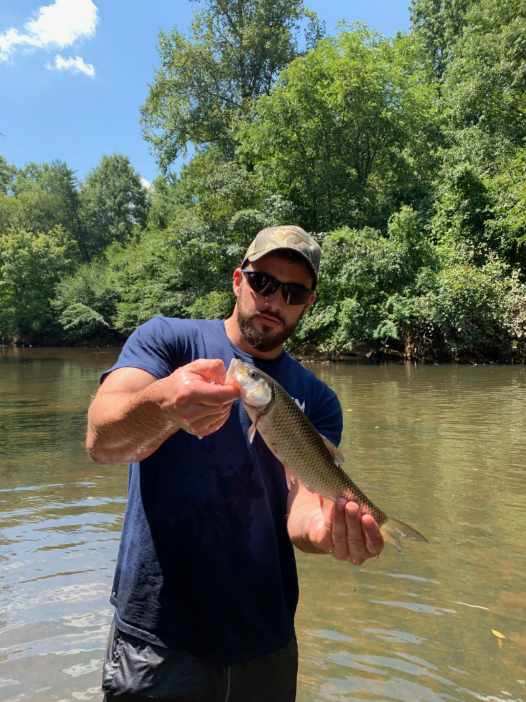 Dad and I walked a little further down while he casted lazily, catching a fish every third cast, coaching me on where the fish were. 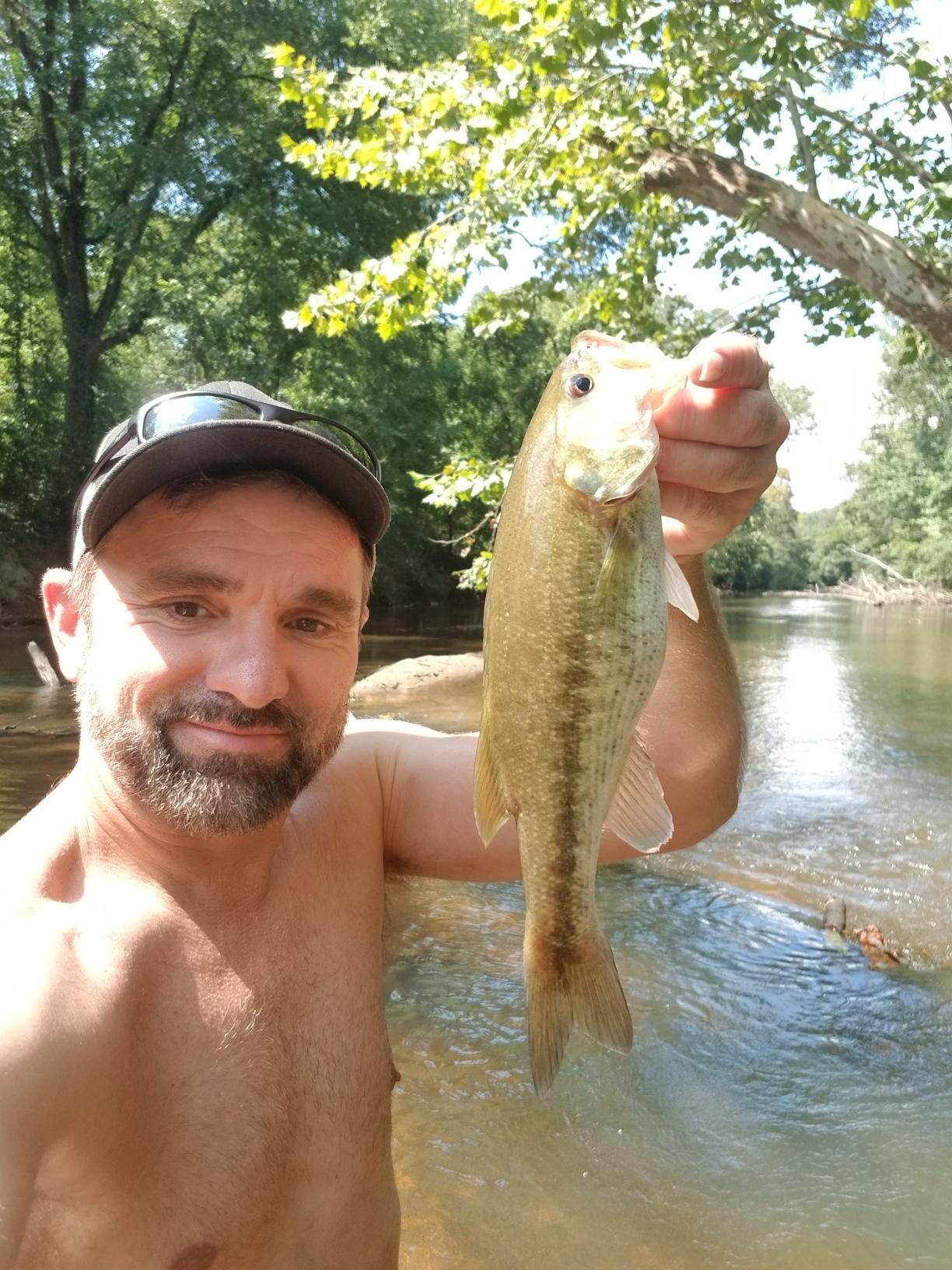 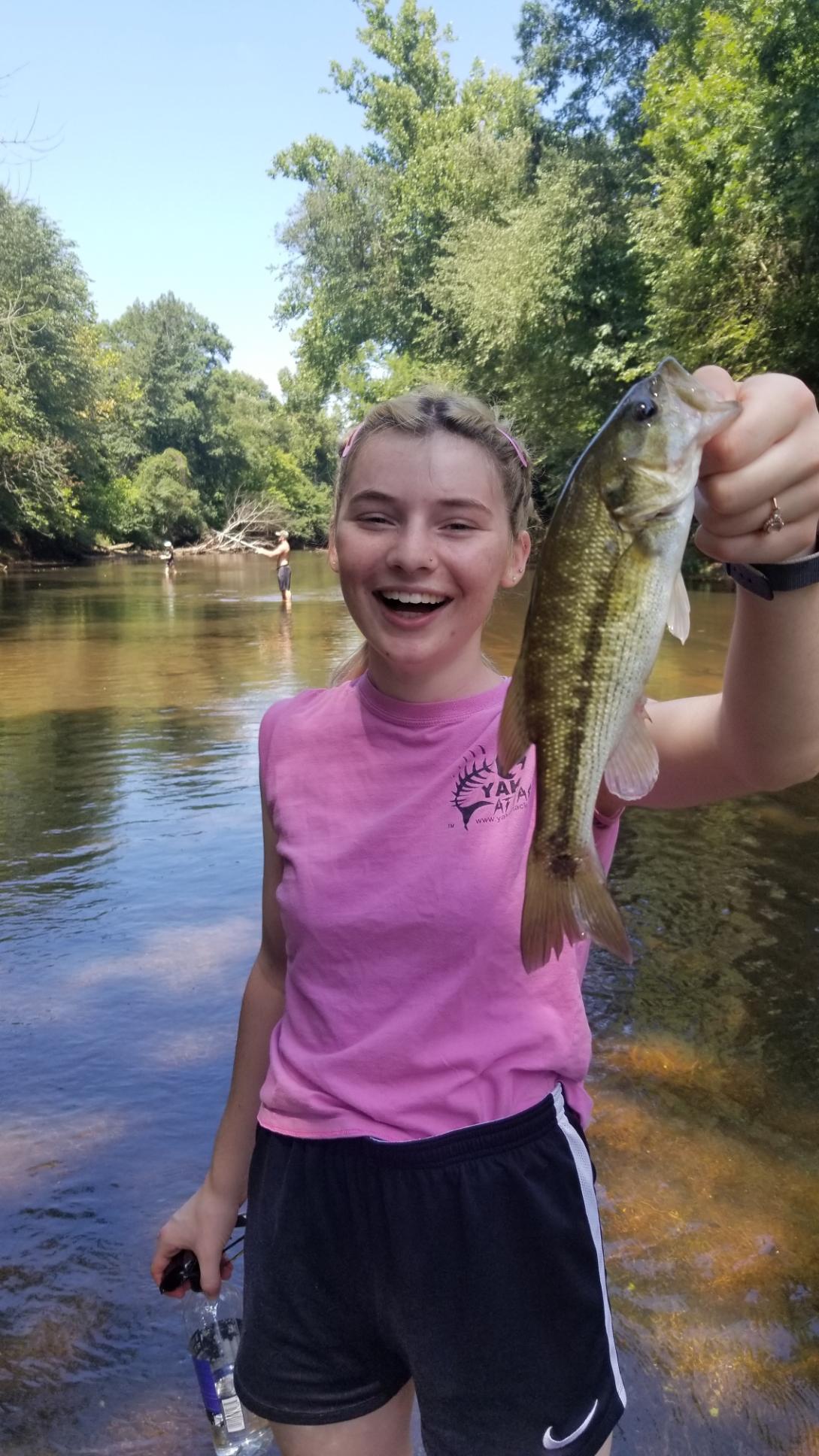 We waded down a few hundred feet from Sundari and Tyler, and I finally caught my first fish. Five of the next six casts brought me some little sunfish and even a tiny bass that was maybe six inches long.

While we caught plenty of fish, we also were struck by some minor tragedies. Fishing the river was exciting and engaging, but the trees on the bank were low hanging. Between the four of us, we caught about a hundred fish, and a thousand branches. Dad and Tyler nobly rescued Sundari and I from the brambly depths of the oak tree branches. We all lost our fair share of lures. Moments after making a jab at us to ensure we knew we were supposed to cast into the water and not the trees, Dad’s UltraLite snapped neatly in two, right in the middle, for no apparent reason. He decided to MacGyver the rig with some old electrical tape we found on another rod, and eventually resigned to abandoning the rod and casting by hand. Needless to say, he didn’t catch any more fish.

We fished for a little while longer, and walked back up the bank when we got hungry and tired. It took us over an hour to walk back to where we had started. We ended up walking the river for about three miles round trip.

Once we got to the truck, we loaded up our stuff and started back up the dirt road. We all crooned along to Garth Brooks songs, drawling out every word to enhance our southern roots, and I gave a soulful rendition of Toby Keith’s “Red Solo Cup”. We chattered as we drove through the Virginia backwoods, happily recounting the events of the day.

Even though we didn’t catch any river monsters, the day was action packed. We laughed as each fish we caught gradually decreased in size. These moments as a family are precious to me because even though we all have different passions, the great outdoors gives us a common ground where we can spend time together. The game wasn’t as important to us as the moments were. We were living a great caper- rigging the dream.