The sport of kayak fishing has come a long way over the past decade. Like many other sports, the competitive or tournament aspect is driving further development of better products, more significant events, and more users. Competitive kayak fishing mainly started on the coast with saltwater anglers and over the past 10+ years has been fully adopted by the freshwater bass focused anglers, and the Kayak Bass Fishing organization has been at the front helping pave the road to better systems, bigger payouts, and they were a pivotal part in getting the sports to where it is today. For the sport, the pinnacle of events is the Kayak Bass Fishing National Championship. For years it was the largest kayak bass fishing event in the country, and with payouts of $50,000 - $100,000 for first place, it has become the goal of many competitive kayak bass anglers. This year the KBF National Championship was located in Shreveport, Louisiana, and anglers could fish several bodies of water, including the Red River, Caddo Lake, Cypress Bayou Reservoir, Lake Bistineau, and Wallace Lake. The National Championship is a 3-day event with the field being trimmed after day two as the top 100 anglers compete on the final day to determine the 2021 KBF National Champion.

Anglers from all over the USA and even a number traveled from Mexico to compete against the best of the best to finish the 2021 season and determine Rookie of the Year, Angler of the Year, The 10, Trail Series Champion, Challenge Series Champion, and the 2021 National Champion. A total of 349 anglers registered for the National Championship, and the field was comprised of some of the best anglers in the country. 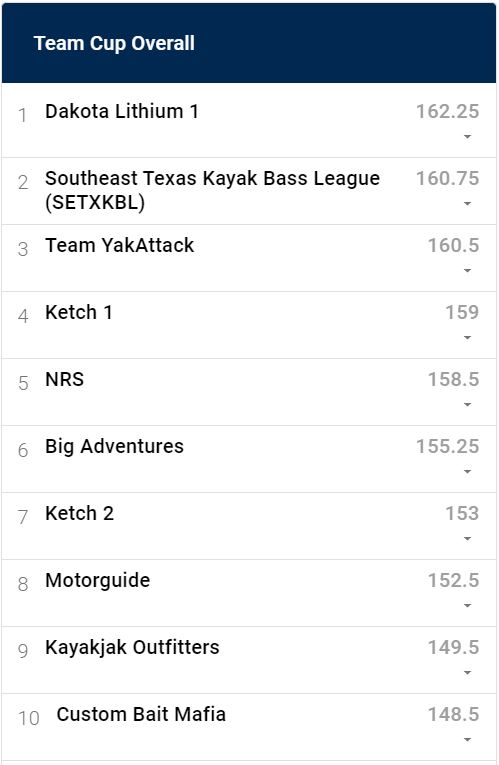 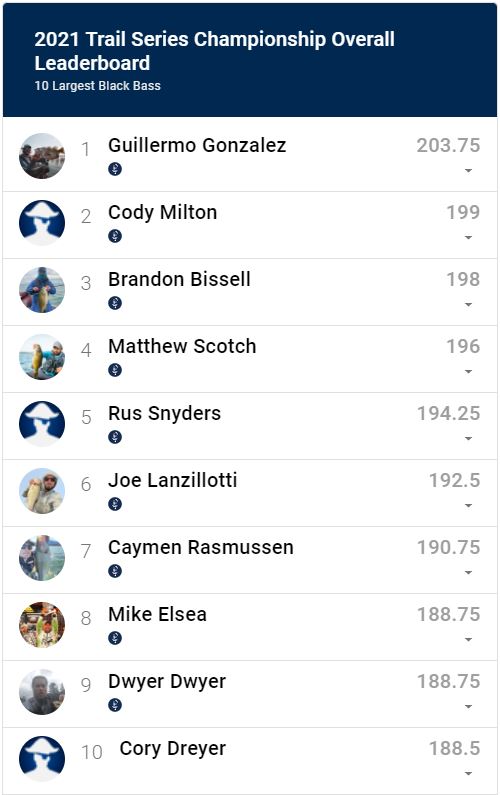 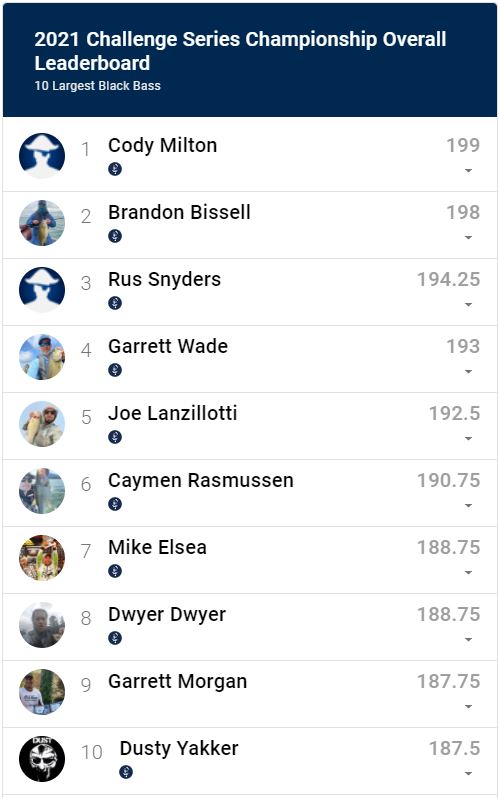 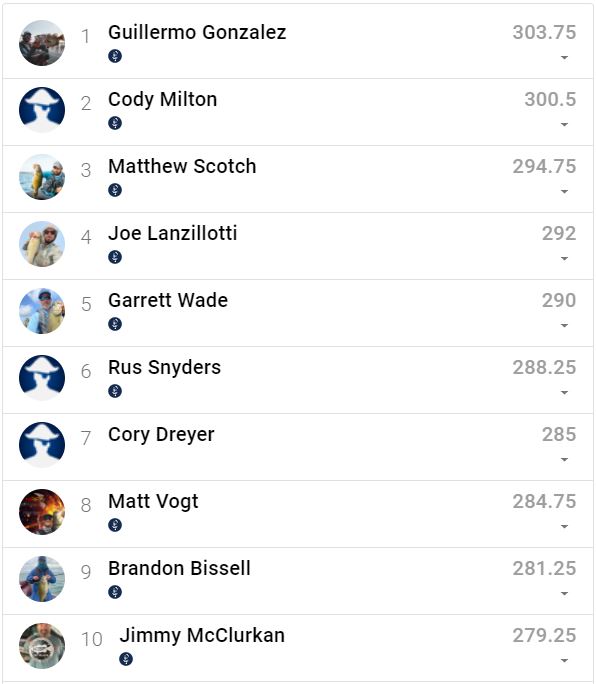 As day three came to a close, we all knew it would be an extremely close finish. Top names and recent up-and-comers covered the top 15, and with the nature of fishing and especially kayak fishing, it could be anyone’s day. In the end it came down to top angler Cody Milton who has finished consistently high at the past National Championships and local Texas angler and Team YakAttack member, Guillermo Gonzalez. 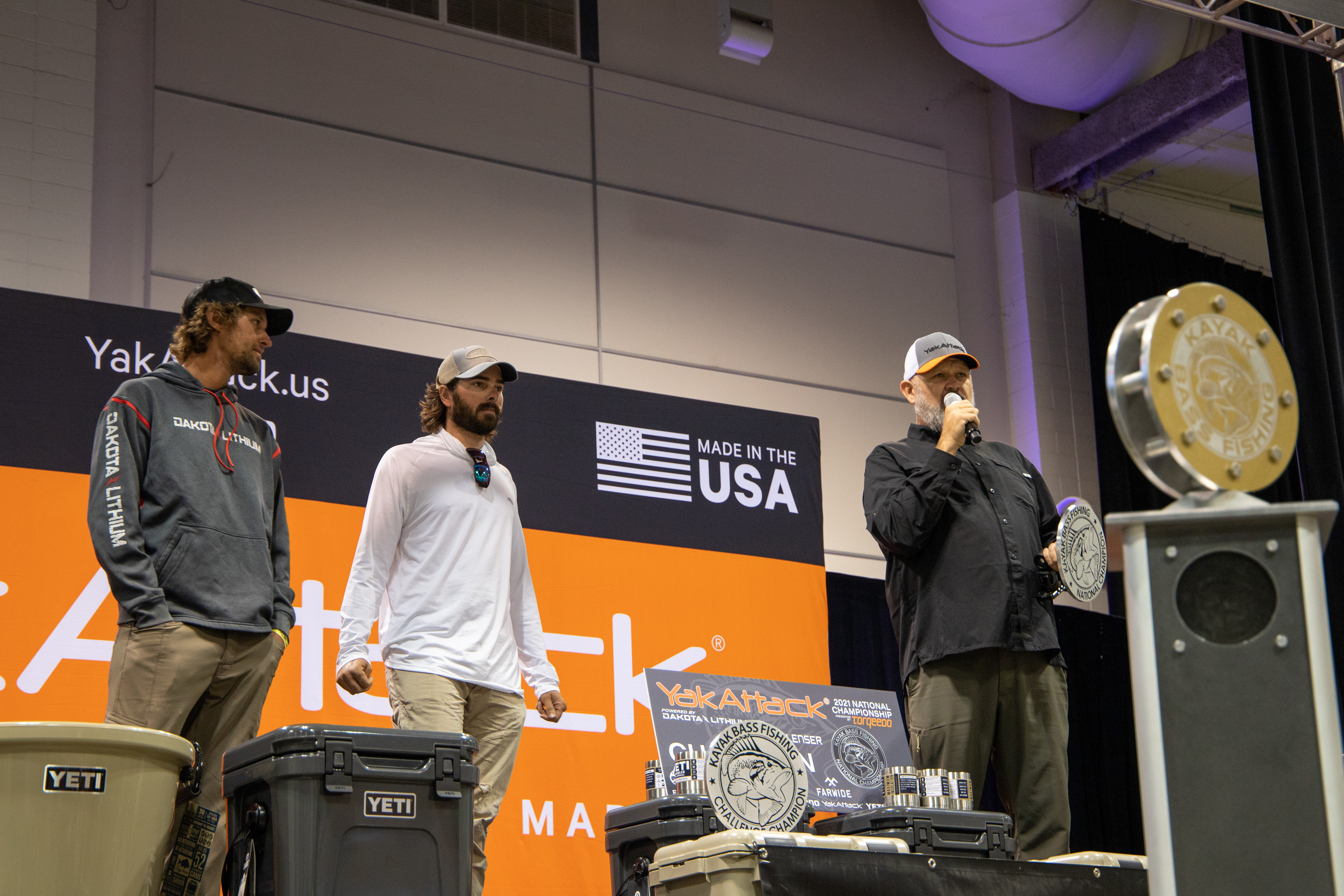 Finishing with a total of 303.75” for three days of fishing Guillermo Gonzalez took home the title of the 2021 Kayak Bass Fishing National Champion. It was such a fun week watching the leaderboards and hearing stories from the anglers each night around the dinner table. Guillermo and several other top-placing anglers dragged their kayaks 100+ yards through deep mud each morning and helped one another get their kayaks and gear to the water. The sheer amount of effort that went into getting on the water each morning is one thing but hearing about how competing anglers helped each other is on a totally different level. There is something special about the sport of kayak fishing, and seeing Guillermo win the title of National Champion was a perfect ending to a week plus of prefishing and three long days of competition. 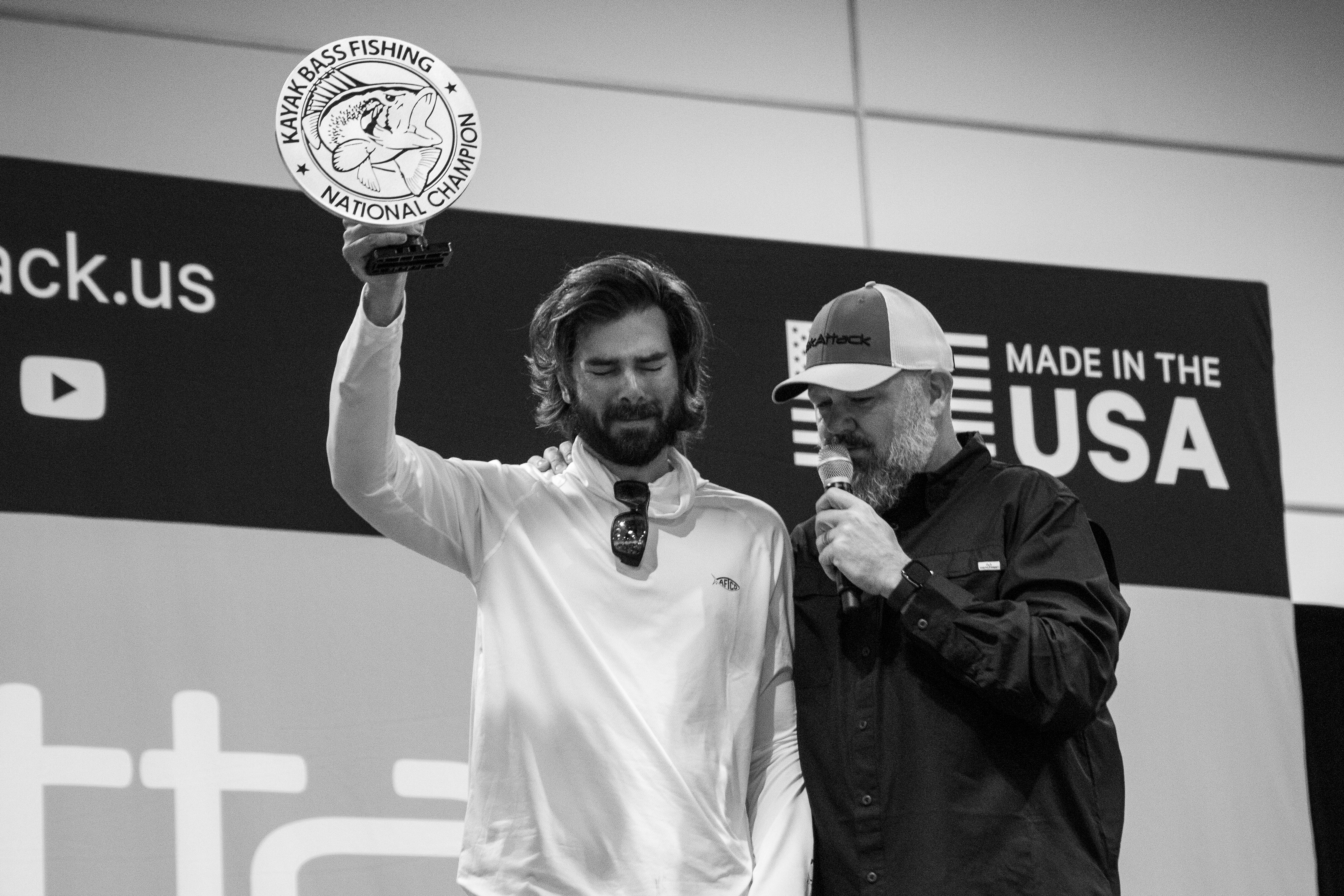 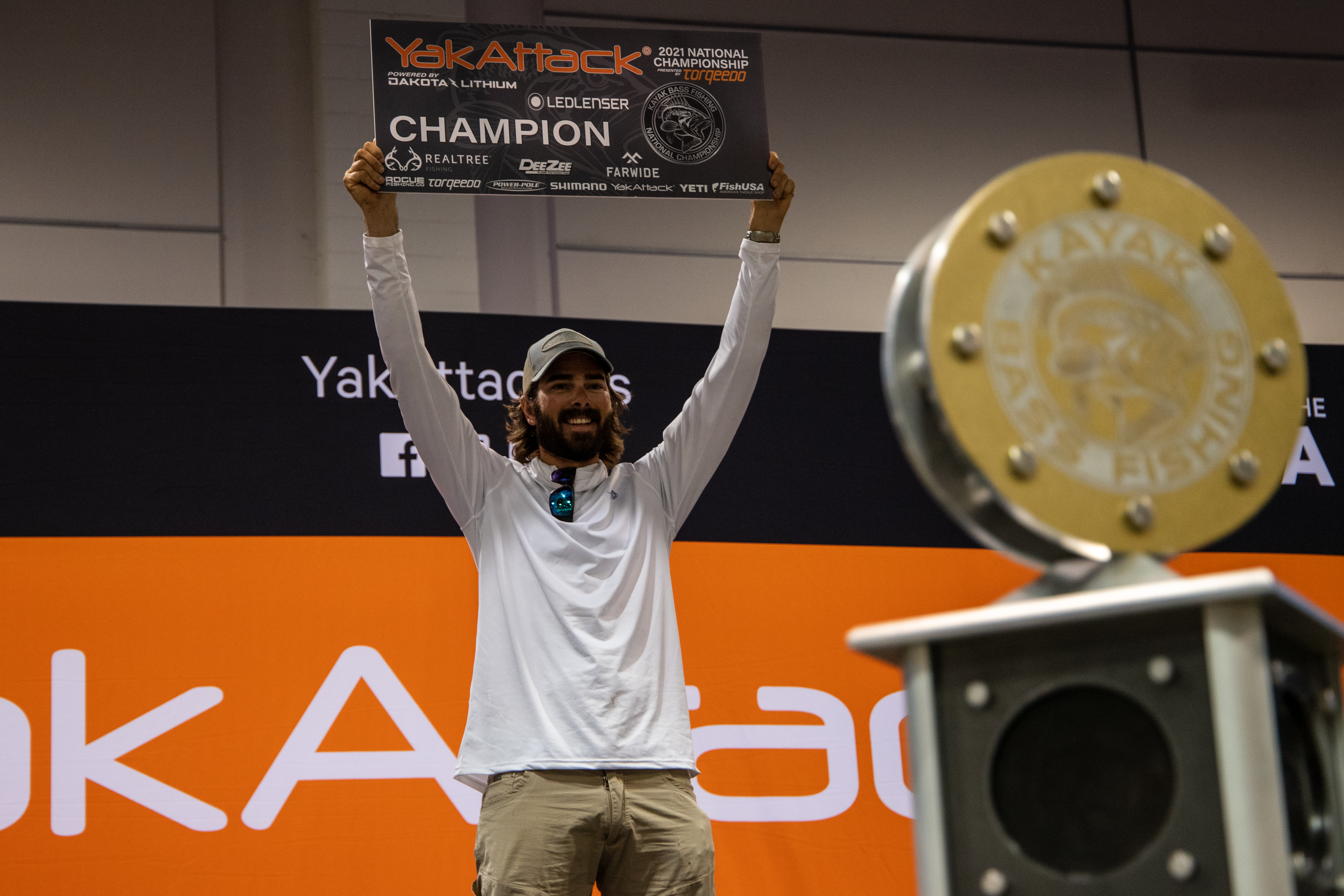 Being Puerto Rican with an upbringing in South Florida, the water has always been a big part of Guillermo’s life. Today, living in north Texas, has not changed that. Guillermo began kayak fishing in middle school, where he became obsessed with chasing snook and tarpon in the South Florida backcountry. Upon graduating high school, Guillermo moved to Fort Worth to attend Texas Christian University. Leaving the saltwater was tough, but with the prospect of becoming a better bass angler, Texas did not seem so bad. In 2013, Guillermo decided to enter his first kayak bass fishing tournament, which to his complete surprise, he wound up winning. He has not looked back and continues to stay heavily involved in the local and national scene. Guillermo still resides in Fort Worth, where he works as a farm and ranch real estate agent. 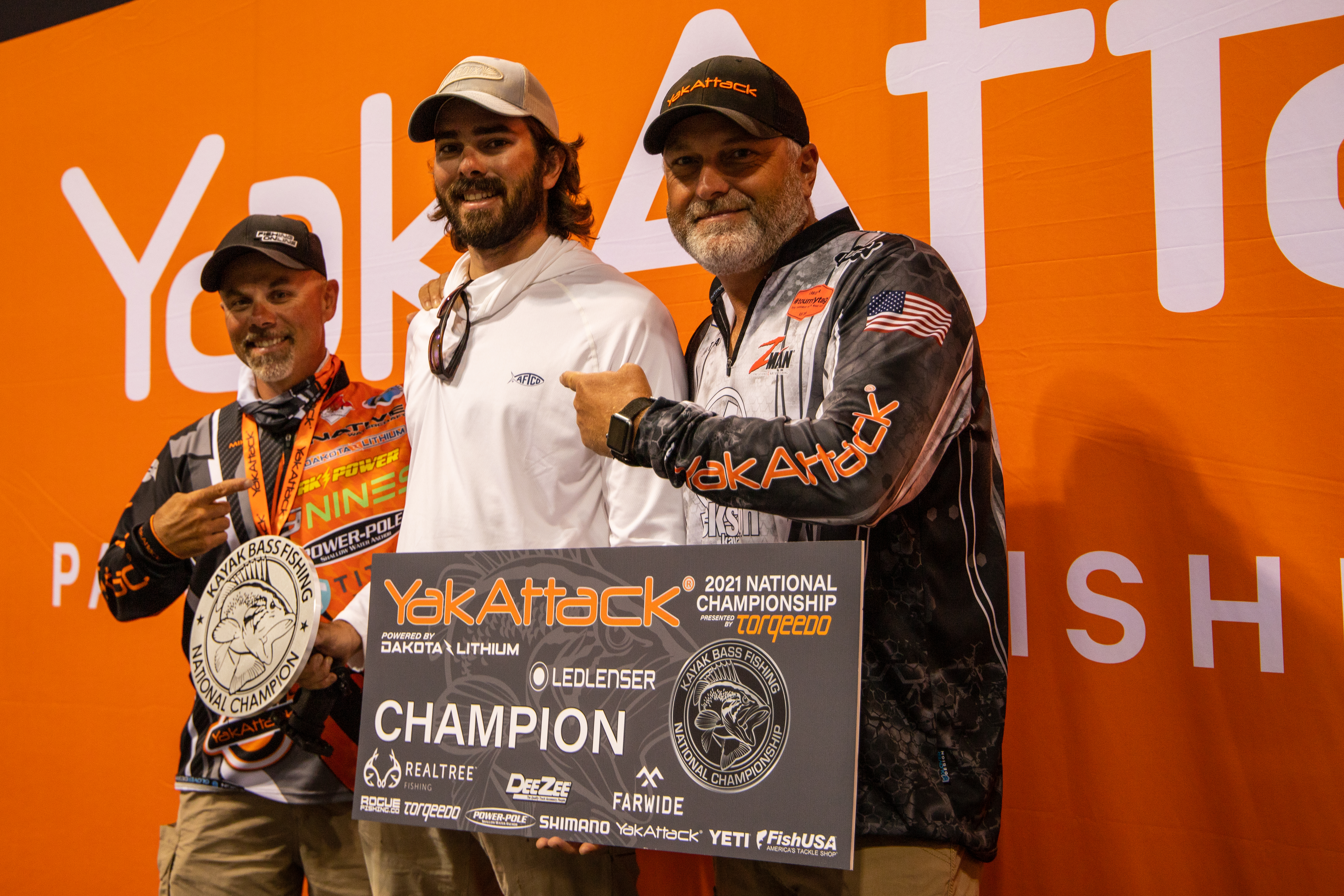