Tis the season for giving and our December giveaway contest is no exception. In addition to a huge prize pack from YakAttack, we have partnered with 8 other companies to bring you the giveaway of the year, but only 1 lucky winner will be able to claim this prize. The contest starts 12/1 and will end on 1/3 at 3:00 pm EST. The winner will be drawn at random and announced on 1/3 on both Instagram and Facebook at 5 pm EST and contacted via email to claim the prize. Valid to USA residents only, and you must be 18 years of age or older. Read on to learn more about our partner companies and the prizes they have contributed. 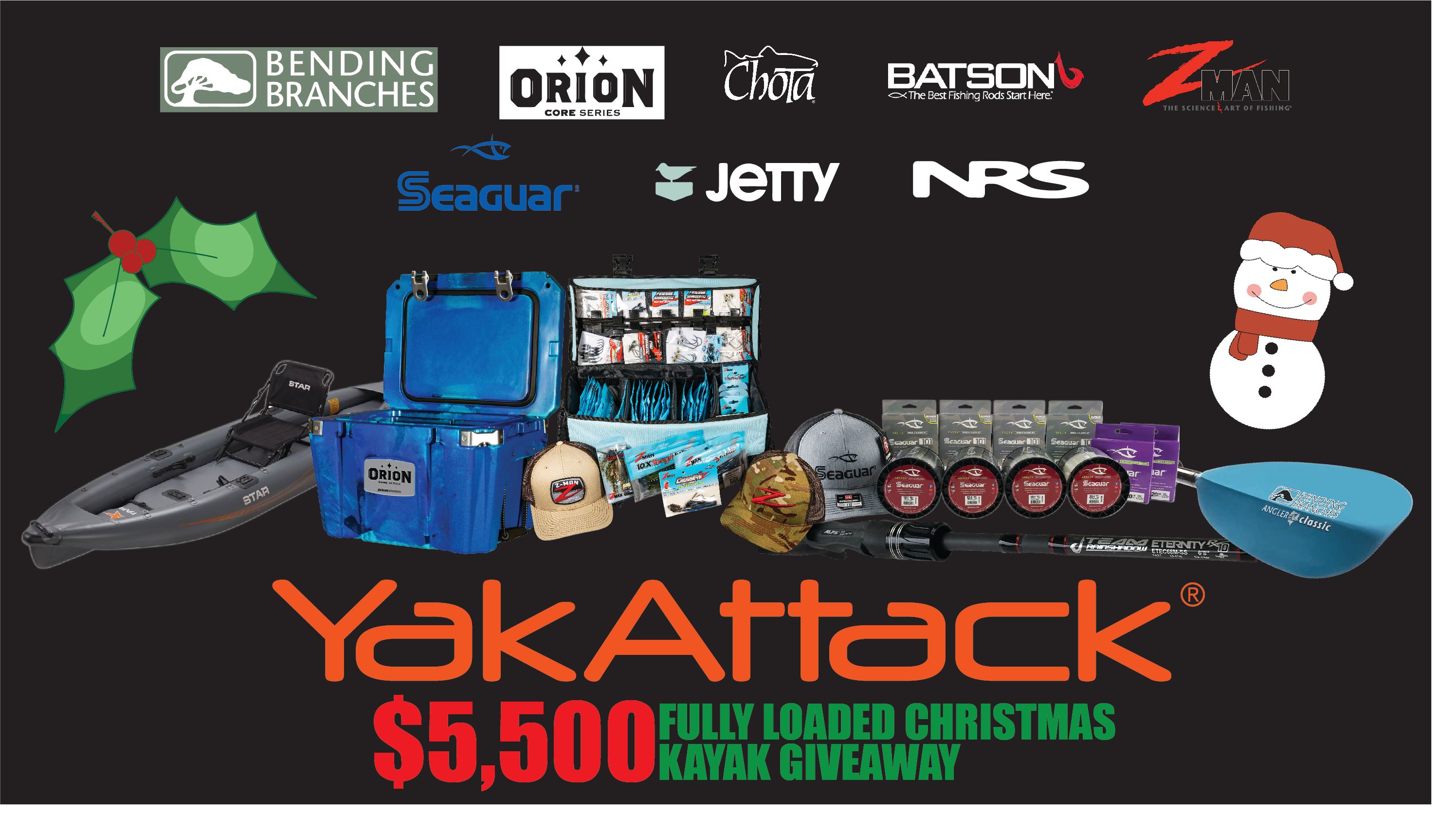 Employee-owned NRS, Inc. is a leading manufacturer of high-performance inflatable rafts, kayaks, SUPs, and a wide variety of innovative gear and apparel for anyone seeking adventure on the water. Born in a college professor’s garage in 1972 as Northwest River Supplies, NRS has become a major force in the outdoor industry, inspiring and equipping countless paddlers and anglers in the U.S. and around the world. For this giveaway, NRS has supplied one of their STAR Pike Inflatable Fishing Kayaks. 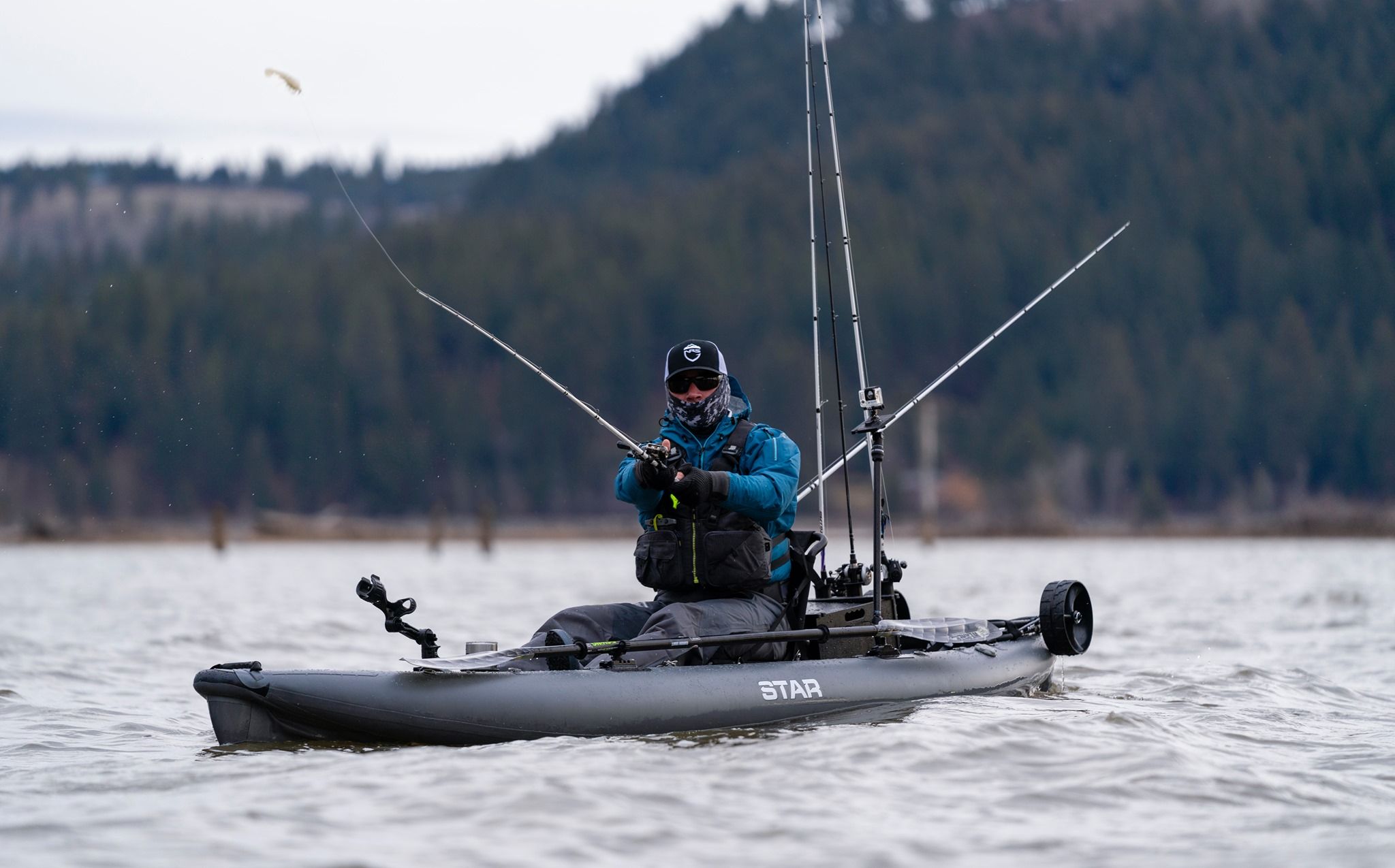 Batson Enterprises is a premier wholesale supplier of quality rod blanks and components to the fishing rod industry producing top-quality products that allow rod builders, big and small, to be successful in their craft. Batson is committed to providing the trifecta of quality products backed up by old-fashioned knowledgeable service at a competitive price. Batson is best known for their Rainshadow rod blank brand. To date, over 1 million Rainshadow rod blanks have sold worldwide. The grand prize winner will get to customize a high performance kayak rod built with their choice of rod blank from the Rainshadow Eternity RX10 series and Batson's premium component options. An estimated $600 value. 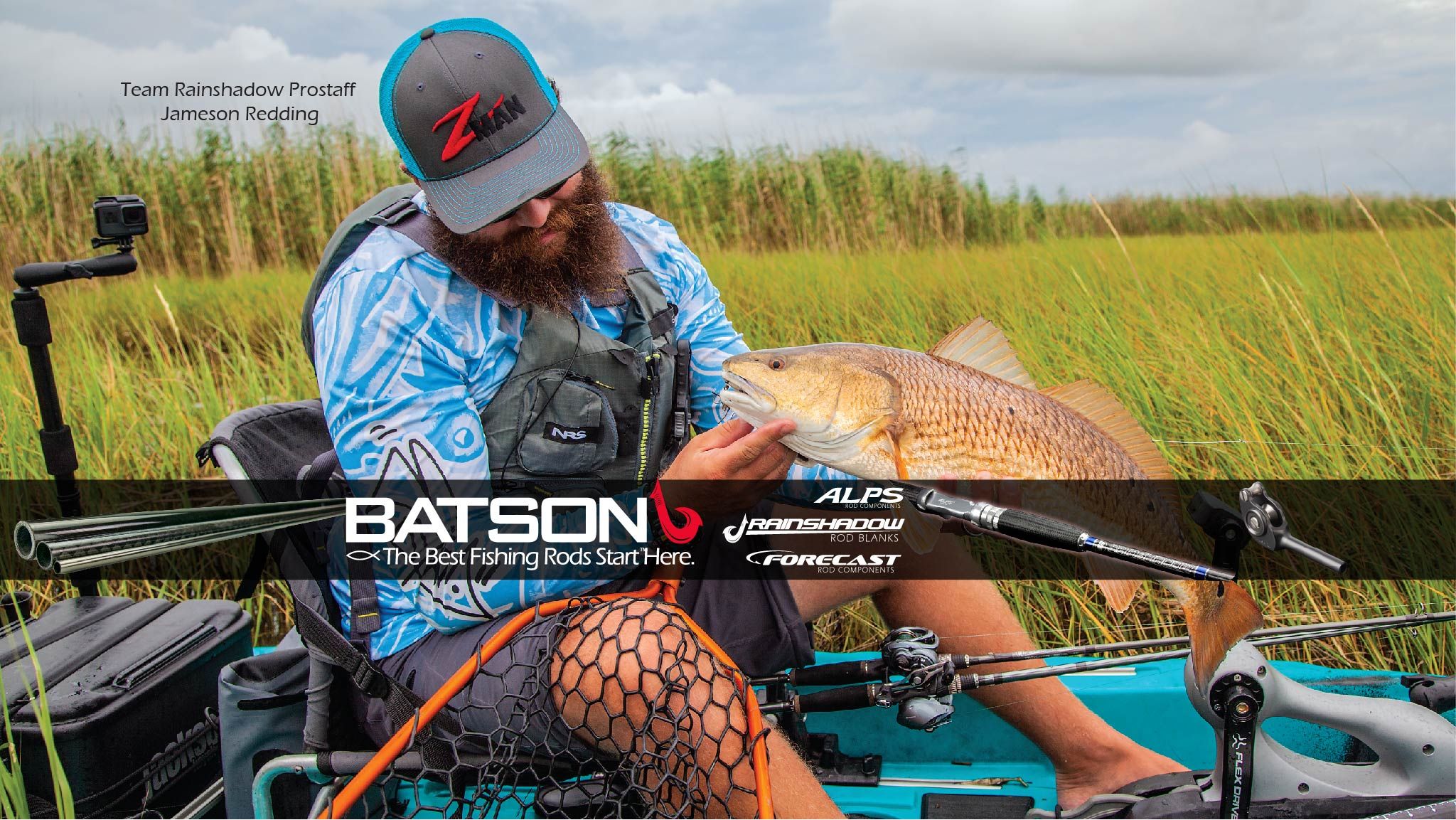 Kureha developed and launched Seaguar, the world's first fishing line made from fluorocarbon (PVDF), in 1971. Since then, Seaguar has become the leading brand of fishing line and a favorite of fishing enthusiasts. The polyvinylidene fluoride resin KF POLYMER, the raw material for Seaguar lines, is produced at Kureha's Iwaki Factory. The Kureha Group is the only corporate group consistently manufacturing fishing line products from raw material to finished product. Their products are widely used among Team YakAttack, including Chad Hoover, Jim Sammons, Jameson Redding, and more. Seaguar has provided an incredible prize pack of over $800 of line for this giveaway. 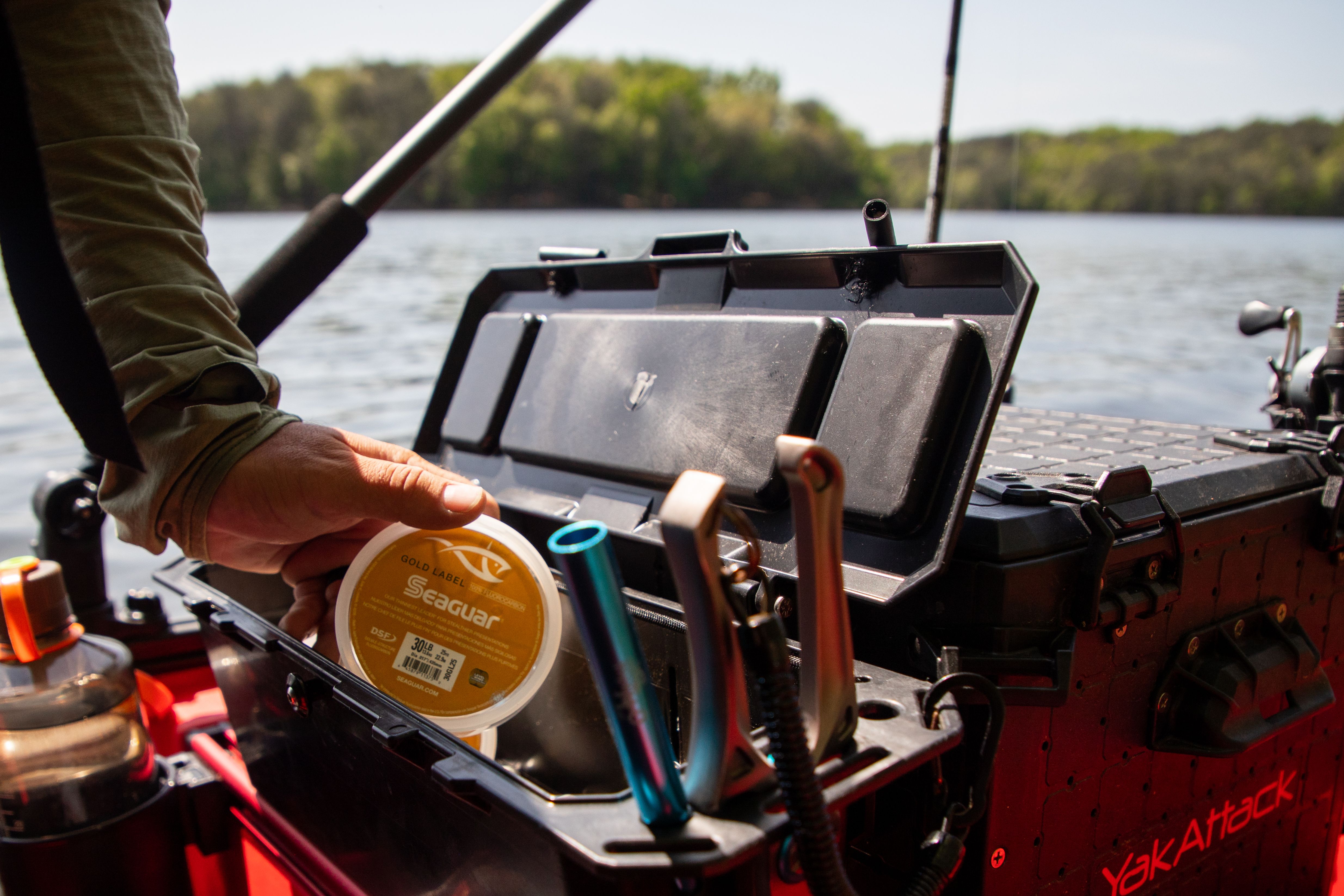 There are few fishermen who do not recognize the Z-Man brand, and word of the durability and lifelike action of ElaZtech is spreading like wildfire around the industry. Z-Man continues to work with leading anglers and saltwater pros to develop the most innovative and eye-catching soft plastics on the market, and its ChatterBait bladed jigs continue to win more money on tournament trails today than any other lure. Z-Man's cutting edge 10X Tough ElaZtech® soft plastics and ChatterBait® brand bladed jigs are among the world's premier fresh- and saltwater baits, positioning the company as one of the fastest-growing lure brands in the U.S. Z-Man has provided a prize pack consisting of a mix of their products valued at $500. 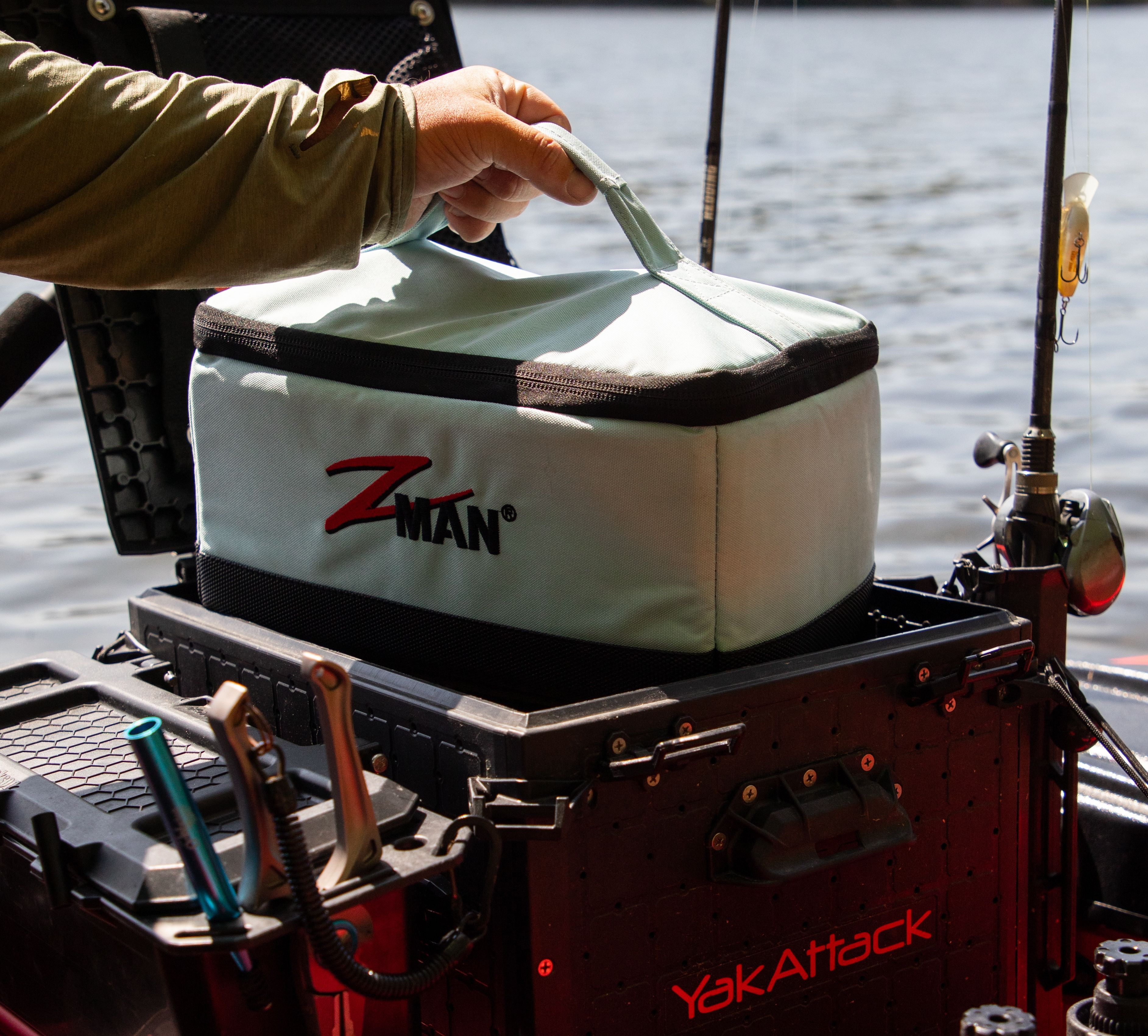 Jetty Apparel Co is the most recognizable surf/outdoor brand on the East Coast, as well as, B-Corporation Certified. They have set an example by searching for the balance between backyard ramp sessions, surf trips, chasing fish, seeing great bands, and scoring the next swell with work ethic and community involvement. With four divisions that include: Jetty Rock Foundation, Jetty Brewing Company, Jetty Ink, and Jetty Events, Jetty is constantly working to enhance the surrounding community and give back to those that have helped the company to grow. For this giveaway, Jetty has provided a $500 gift certificate so the winner can choose the apparel of their choice. 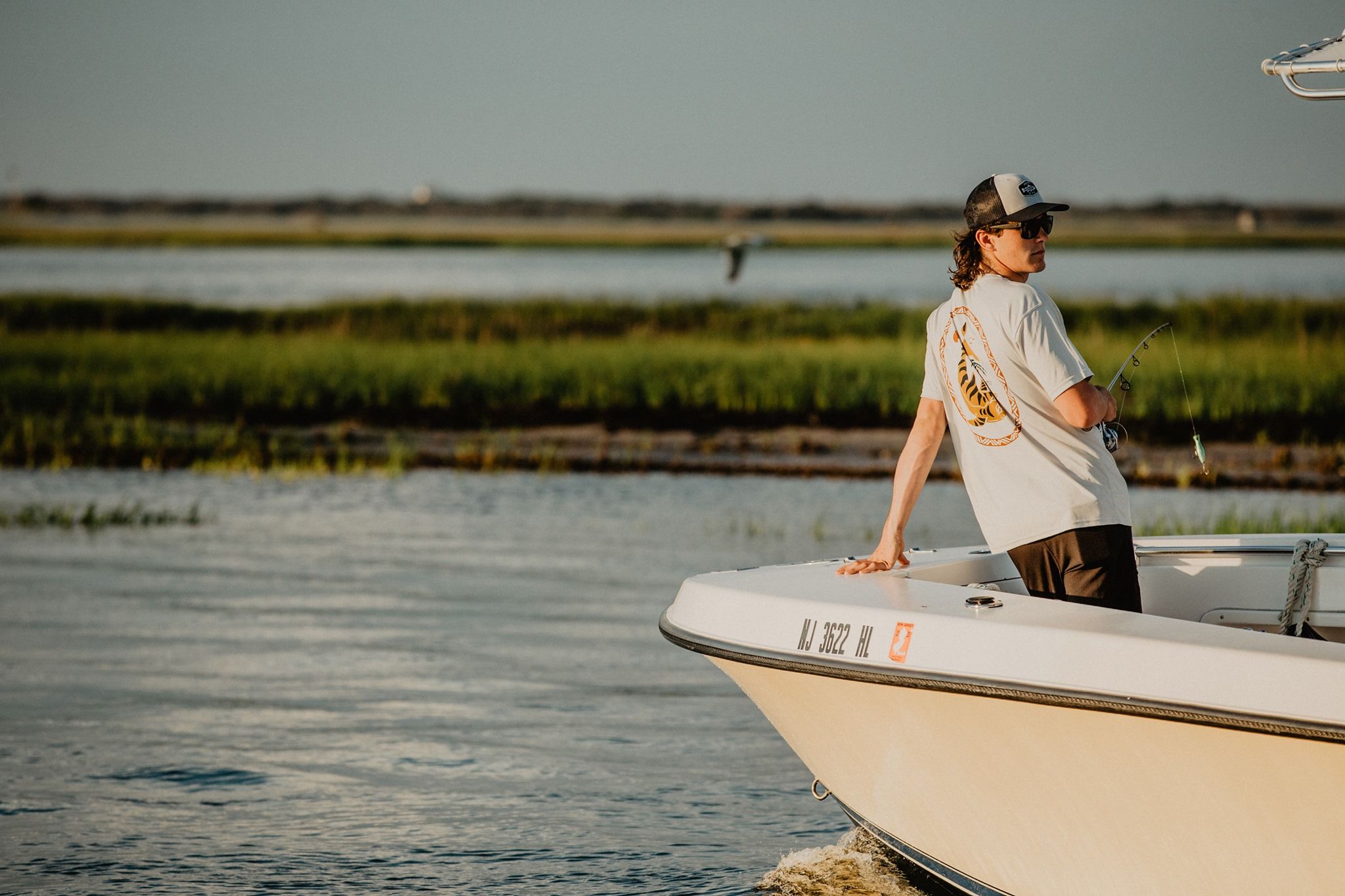 Based in Sparta, Tennessee, Orion Coolers got started in 2014 by the same family that founded Jackson Kayak. They saw an opportunity to make some of the highest quality coolers in the world when they were dissatisfied with what was on the market at that time. Being rotomolding experts, they have a tremendous obsession with quality, using the best materials and a construction process that is built to last. For this giveaway, the winner will receive an Orion Core 35-quart cooler in Pacific blue. 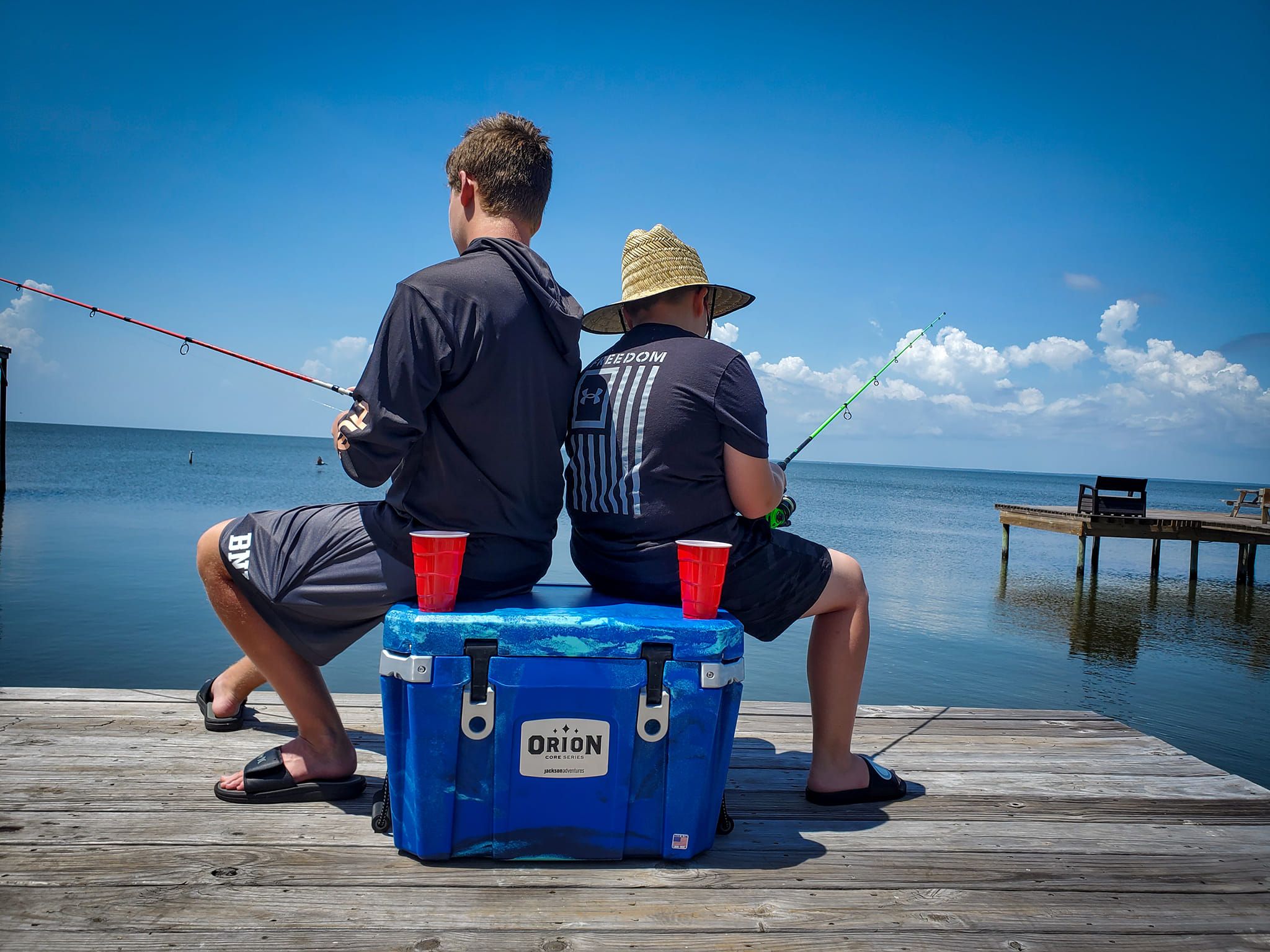 When Frank Bryant founded Chota® Outdoor Gear, he had been fly fishing and paddling for over 50 years. Born in the “Lake Country” on the Indiana/Michigan line, Frank always reminisced “My earliest memory is falling asleep in the bow of a cedar/canvas canoe while Dad fished the Hex hatch on Little Long.” Since 1974, Chota has been designing and distributing the highest quality gear for the real-world challenges of outdoor enthusiasts. Personal experience has led to an innovative perspective, making Chota a recognizable and respected brand among the elite of the outdoor sporting world. For this giveaway, Chota has provided a $200 gift certificate. 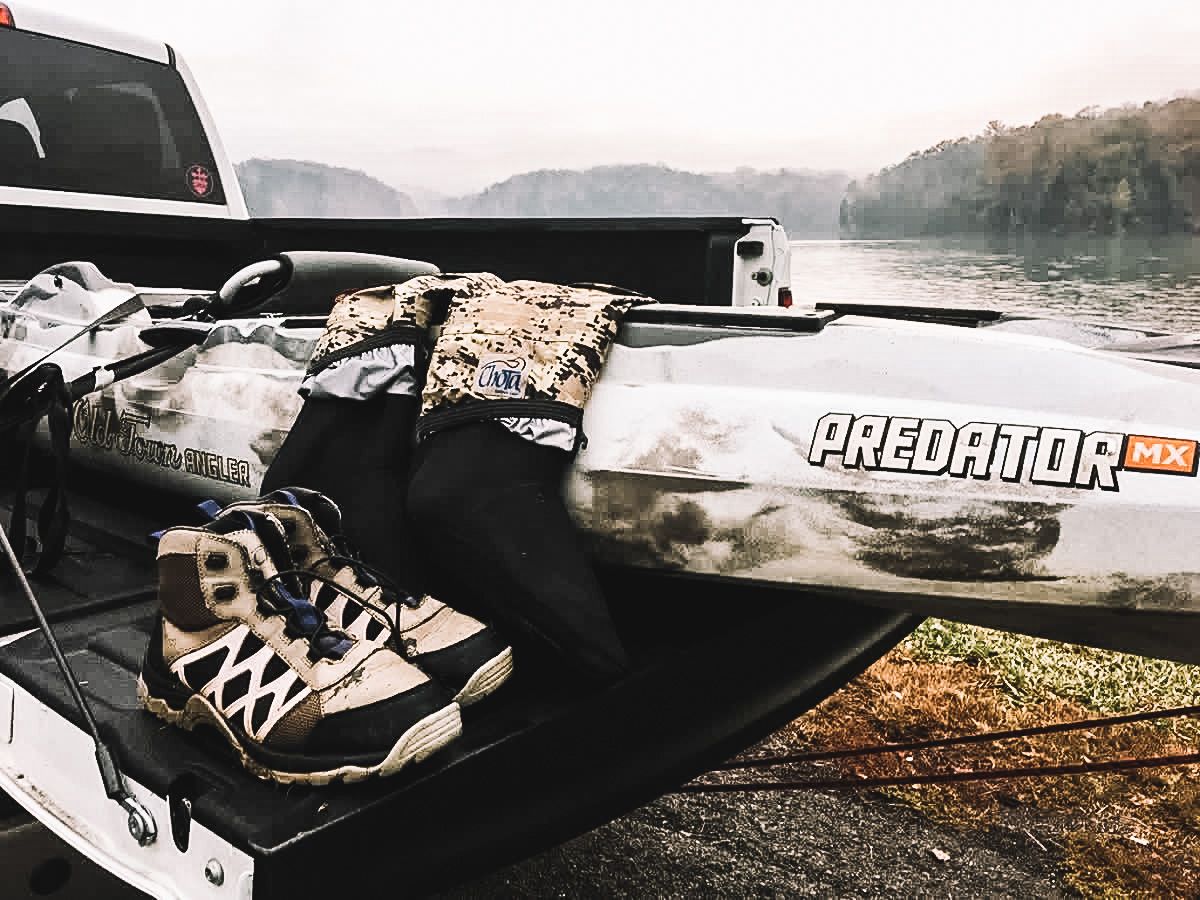 As the world's largest manufacturer of quality canoe and kayak paddles, Bending Branches remains a privately held company in Northwestern Wisconsin, staffed by paddling enthusiasts. This translates into countless hours spent designing, prototyping, testing, and perfecting each of their paddles. And when that's done, they go back and look at ways to build them even better. Lighter, stiffer, smarter, more durable, and more beautiful. The grand prize winner will receive a Bending Branches Angler Classic in Tidal Blue. 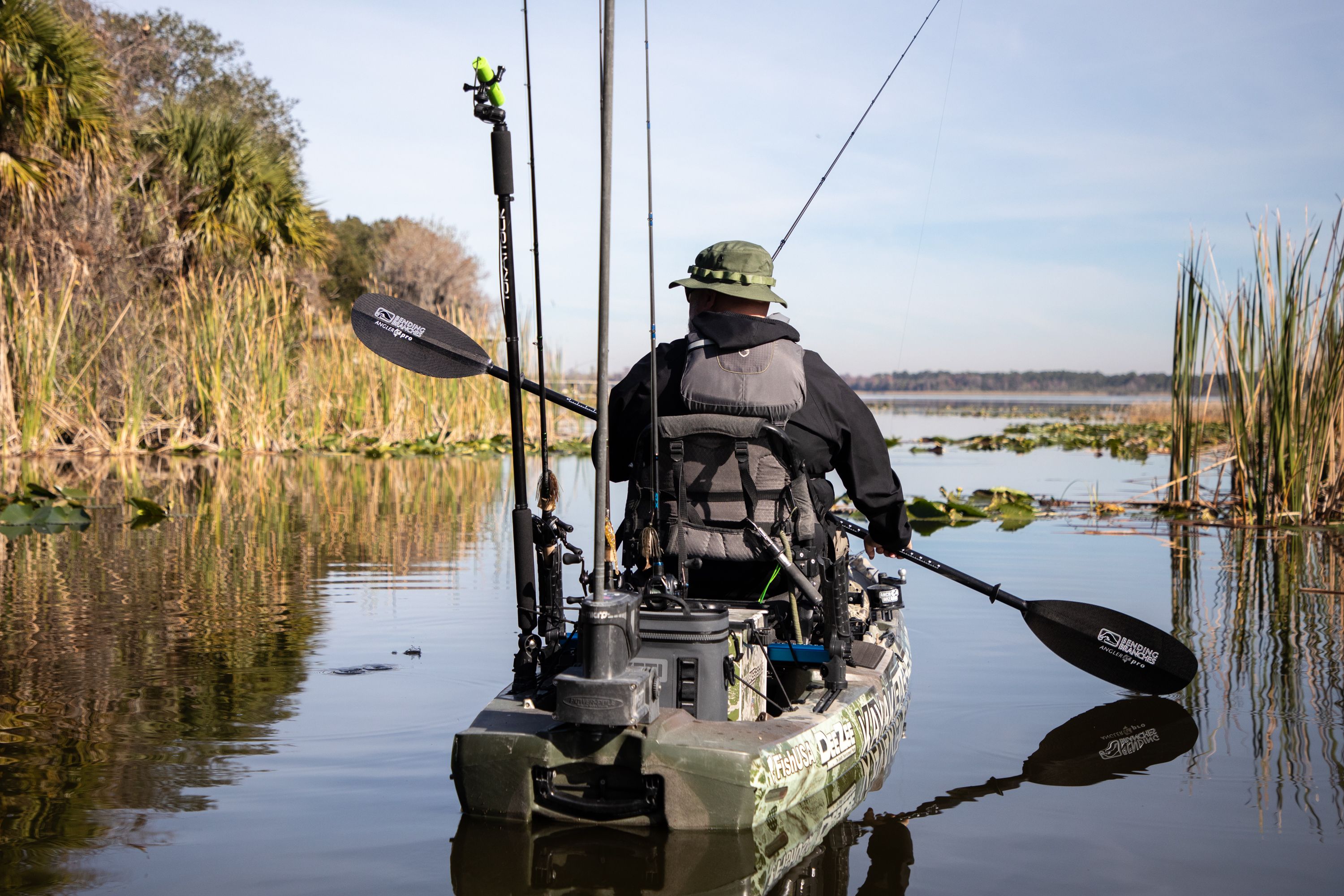